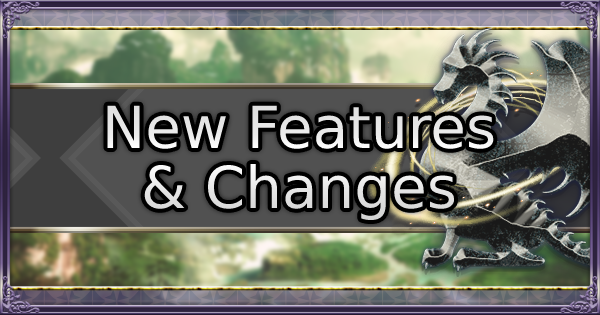 Check out this Fire Emblem: Three Houses guide to learn more about the new elements in changes in the game. Find out what's new, and what differs from older games in the latest Fire Emblem release!!!

The main story of the game is split into two parts. The first part is set when all characters are studying in the Academy. The second part happens after a 5-year time skip. The story will progress based on the choices you make and affects both characters and houses.

Check Out the All Story Walkthrough Here!

A new feature of the game is the tutoring system. You play as a professor and "Instruct" your students to improve their skills!

Through instructing your students, you will be able to promote or change their classes, which will allows them to acquire newer and stronger skills!

Spend Time At The Officers Academy

The first part of the story will let you live your life as a professor in the Officers Academy. Here, you will be able to do several activities such as instructing your students, fishing, and gardening among other things.

Recruit Students From Other Houses

During your time at the Officer's Academy, you will be able to recruit other students of the opposing houses into your own class. Note that certain requirements need to be fulfilled per student to recruit them.

While in the Officers Academy, time progresses via a day-to-day calendar. This calendar features all important events during the month including, classes, birthdays, rest days, and even missions! This will require you to manage your time while in the Academy.

Hire Battalions To Aid You In Fights

A Battalion is a small army that can be assigned to your units in battle. Units with a Battalion supporting them can use a special move called a Gambit that can help them turn the tides of battle!

if you make a mistake during a fight, you can use the Divine Pulse to rewind and redo your moves. You can redo as many moves as you want with a single use of Divine Pulse. However, this ability can only be used a limited number of times!

Combat Arts are powerful moves that deal heavy damage to enemies! It is most effective at taking down strong enemies during fights. However, be careful since Combat Arts quickly lower the durability of your weapon.

Attacking an enemy that is also in the range of your ally will trigger a Linked Attack! Your Avoid rate and hit rate are higher than normal, and will sometimes also raise your Might.