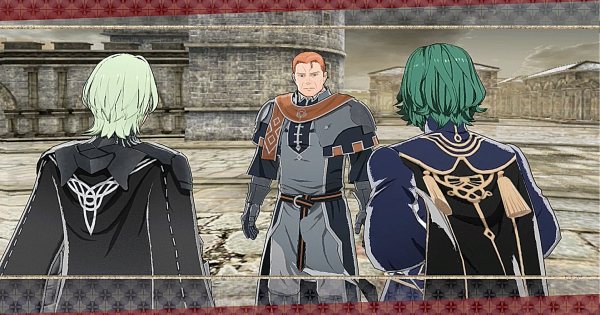 With a challenging mission up ahead, it is best to use your Free Times and Lecture Days to level up your unit's stats, support levels, and skill levels. Try to head out into battle, host tea parties, and eat with them to raise their stats and motivation!

Take Over The Fortress To Cut Off Reinforcements

The Fortress will be one of the obstacles that you will encounter on the bridge. It will keep spawning reinforcements each turn so it is best to prioritize it in order to avoid being overwhelmed. Occupy the center of the Fortress to capture it.

Leave Behind Some Allies For Acheron's Units

After advancing through the bridge, Acheron will appear with enemies from behind. It is best to leave behind a few allies that can deal high damage in order to make quick work of them before they even have a chance to attack.

Deal With the Archer Using A Flying Unit

Later on in the battle, an archer will appear on the northern side of the bridge. It has a very long range and can disrupt your team's movement and formation. Use a flying unit to quickly get to it while avoiding obstacles.

Use Gambits To Deal With Demonic Beast

The Demonic Beast on the bridge will have two HP reserves. Use Gambits to break its barriers and focus your attacks on it in order to defeat it before facing Ladislava.

Use Magic Attacks On Ladislava

Since Ladislava is a Wyvern Rider, she will be susceptible to Magic type attacks. Focus your magic units on her to safely dispatch her from a distance before she can deal some serious damage to your units!

You Can Recruit Past Students

Lorenz will be appearing in this fight as an enemy. However, if you have a high enough support level with him, you may be able to recruit him. Once you defeat him in battle, you will have the option to persuade or kill him. Choosing persuade will let him join your party!