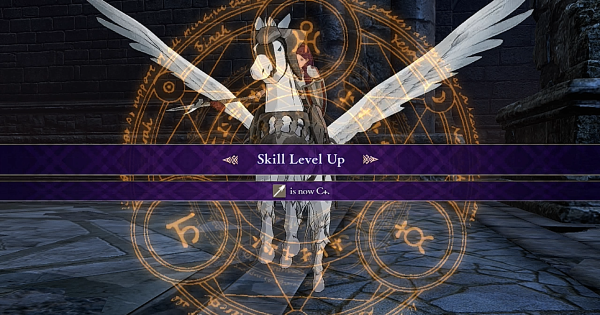 Check out this Fire Emblem: Three Houses guide to learn more about how to efficiently raise the skill levels of units. Find out the best method to raise stats and the skill level of students & knights!!!

Check Out Tips For Beginners Here!

How to Farm Skill Levels Indefinitely

2. Forests Lower The Chance Of Getting Hit

It is required for you to choose a map that has a lot of Forest tiles in order to increase your evasion against enemy attacks. This way, you are less likely to get hit with a dangerous attack.

Make sure that the rusted or broken weapon you are equipping your unit corresponds to the Skill Level you are aiming to raise.

Since you are in the forest, the enemy's attacks will have a higher chance of missing your unit. By doing this, you will be able to engage the enemy unit for longer, and if you do hit, you will not do so much damage.

Gain Skill Level XP Every Encounter With The Enemy

You will gain XP that increases Skill Levels whenever the enemy engages your unit. You gain this XP regardless if you hit the enemy or not.

Once your HP is in critical condition, choose to retreat by choosing that option in the battle menu. All of the XP you gained during that fight is carried over, and you can choose to restart the fight, and continue farming.

How to Efficiently Raise Skill Level

You can then use the Renown earned from completing battles to restore the four Saint Statues in the Chapel. When restored, these statues will grant boosts to the rate at which your skill levels are raised!

Your student's skill levels can easily be raised by lecturing them during the start of the week. It is easier to raise a particular skill level by instructing them manually, so set their skill goals, and focus on those skill levels to quickly raise them.

When you manually set the skill goals to only one skill, you will immediately gain 1.5 times as much experience compared to when focusing on two skills. If you want to quickly raise a particular skill level, set that to the only goal of the student!

Check Out How To Set Skill Goals Here!

Participate In Faculty Training (Byleth Only)

If you want to raise the skill level of the protagonist, you can participate in Faculty Training during your Free Times. Please take note that you can only train once per week with other professors & knights, and the XP gained is a set amount.

Choir Practice does not only raise your motivation and relationship between characters, it also raises the Faith for the participants, and Authority for Byleth!

You can also raise the skill levels of your units when fighting in battles. Keep note that only skills being used will be raised in battle. Therefore, equip a sword if you want to raise the sword skill level when in fights!

How to Raise Skill Level In Battle

If you plan on increasing your Skill Level in battles, make sure to equip weaker weapons. This means that you will be attacking, or healing twice as much, allowing you to earn more XP to raise those Skill Levels!

Raising Skill Levels will allow a unit to learn abilities that can help them in battle. All of these abilities need to be managed and equipped, so make sure that the abilities you are using are in-line with the unit's weapon type, and play style.

Required To Recruit Other Characters

Check Out How To Recruit Characters Here!

XP does not carry over *in hard mode*.

XP does carry over.

Xp is NOT carried over when you retreat. Says as much when you choose this option