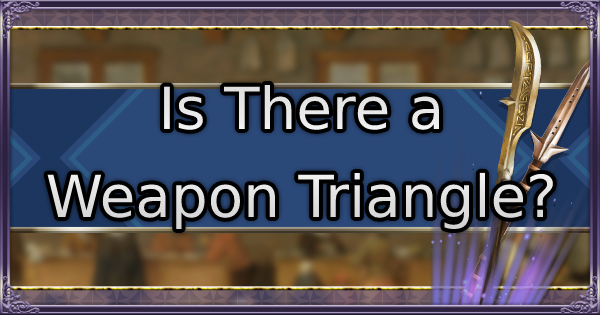 Does Fire Emblem: Three Houses have weapon triangle? Find out more about the different relationships between weapons, units, and more!!!

No Weapon Triangle in the Game

The Weapon Triangle Has Been Removed

The Weapon Triangle which features the Sword, Axe, and Lance have been removed. Instead, the unit itself will have higher and lower resistances to different weapons when being attacked. You will need to take account of what unit you are attacking when choosing your weapon.

Abilities Have a Similar Effect to the Weapon Triangle

Instead, some abilities will give you advantages to certain weapons. For example, the Axebreaker ability will give your character a Hit/Avo +20 when using a sword against axe users.

What is the Weapon Triangle?

Example of the Weapon Triangle