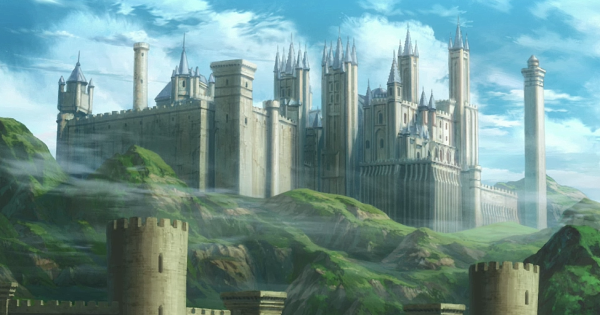 Check out this Fire Emblem: Three Houses guide to know more about what you can do during exploration. Learn how to take quests and use facilities with this guide!!!

During the Free Days in Fire Emblem: Three Houses, the player can roam around do the following things:

Know How to Get More Activity Points with this Guide!

Mini-game that requires the player to perfectly time button presses. Rewards Fish and experience for Professor Level. Requires clearing the quest "Fresh Catch" and Bait. Does not consume Activity Points.

Check Out How To Fish Here!

Acquire experience for Professor Level, ingredients for cooking, and gifts. Can be harvested on the next free time. Requires clearing the "Green Thumb Beginnnings" Quest. Requires seeds and does not consume Acticity Points.

Increases the bond between the main character and the two invited characters. Also boosts the motivation of the two characters. Requires clearing the "Share a Bite" Quest and doing this consumes 1 Activity Point.

Provides buffs to all allies in the battlefield for the whole month, and invited character's bond get strengthened, main character acquires experience for Professor Level. To unlock, clear "Creative Cuisines" Quest. This activity requires 1 Activity Point.

You can invite two characters for Choir Practice. If the invited character is from the same house, they gain additional faith experience and you acquire experience for Professor Level. Clear "A Passion for Music" Quest to unlock. Consumes 1 Activity Point.

Characters submit anonymous letters for answers. Support increases if the character is satisfied with your reply. Clear "Words of Wisdom" Quest to unlock. Activity is limited by the number of submissions and does not consume Activity Points.

How to Take Quests

Take Quests Using the Bulletin Board

Check the bulletin boards scattered across the monastery to take in quests. Fulfilling quests advances the story and unlocks new facilities. As it is frequently updated, check it regularly for new entries.

Scattered across the Monastery grounds are Bulletin Boards which the player can view for quests. Quests posted in these boards are the same. So there is no need to explore and check each one out.

Aside from quests, the Bulletin Boards also show weekly announcements about events in the game. It also contains information about battalions.

The quests posted on the Bulletin Board can also be acquired by talking directly to poster.

Meet and Speak to Characters

During Exploration,the player can go and speak with other characters found within the Monastery. The player can go banter and sometimes take quests from certain characters, and also be able to strengthen the bonds between the characters.

Conversing with characters allows the player to give them presents. It is recommended to give presents to the characters that you like as receiving gifts would increase their motivation, increasing the amount of times you can to teach them.

Recruit from Other Houses

Speaking to characters from other houses opens the possibility for the player to recruit them. However, they each will require the player character to have certain skills and stats before they can be recruited. You can only ask them once a week and if they refuse, you will have to wait for the next Exploration to ask them again.

You Can Ask Again

Don't lose hope if the character from another House refuses your request to join your team, he/she can again be asked once the conditions have been met.

Scattered around the nooks and crannies of the monastery are items dropped by the characters residing in it. Finding these items and returning them to the owner will net the player favor from that character.

Battalions Give You an Edge

The Battalions are unlocked on 6/1 onwards and can be unlocked by talking to the Battalion Guild at the right side of the Monastery entrance. The stronger the Battalion, the more Gold and the higher Professor Level they need. In exchange, they offer a useful battlefield buffs. If it is possible, attach Battalions to each character.

Battalions can also be dismissed using the Battalion Guild's menu. Dismissing Battalions nets the player only a set amount of gold in return.

In battle, Battalions can be exhausted and be forced to retreat from the battlefield, together with their buffs. This gives you a. slight disadvantage and may possibly even turn the balance against you. Remember to replenish your troops in the Battalion Guild before every fight.

Interact and Use Facilities

During the Exploration phase, the player can go to various Facilities and talk with NPCs to raise their Professor Level. Raising the Professor Level unlocks new Facilities and Abilities which can be useful in the battlefield. Make sure to prioritize raising this to quickly unlock its benefits.