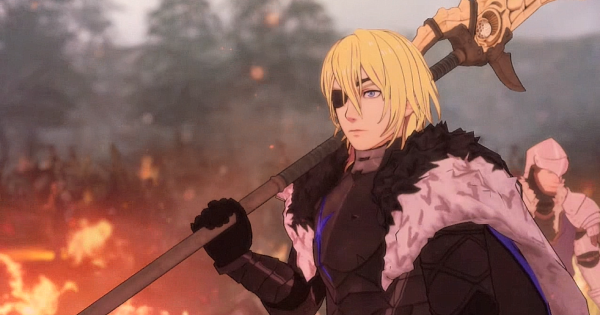 4-10. Stock Up On Gear For Upcoming Mission

The upcoming battle will be a challenge & will need you to be at your best when fighting against your opponents. Be sure to stock up on recovery items, forge or repair weapons, or buy new gear from the Marketplace.

4-10. Train Byleth To Get Stronger

Use your Activity Points to train with your allies to raise Byleth's different skills. When you train with them, you'll also increase your Support Levels with them.

4-10. Exhaust Auxiliary Battles To Level Up

Make sure to spend several weekends playing Auxiliary Battles. This is a great way to level up your characters for the battle to come.

Learn How to Increase Unit Stats

In this fight, you'll once again face Claude & Edelgard, just as you did in the Battle of the Eagle and Lion. Focus on the 2 Commanders to win the fight.

Face Both Edelgard & Claude In The Battlefield

This fight is reminiscent of the Battle of the Eagle and the Lion in Chapter 7. However, this time, your only goal is to defeat the commanders of the opposing houses. Be careful as each House has their own teams of specialized Classes.

Use Magic or Archery On Claude

Claude will be riding a Wyvern in this battle and can easily be taken down by mages or archers. Use your strongest black mage and ranged weapon user to bring him down fast.

Edelgard is trickier to defeat as she stands on a heal tile. Plus she uses a bomb skill to damage units at a certain range and keep them in place for a whole turn. Surround her with your units from a safe distance then attack her in the same turn.

When you approach the middle platform and take down Bernadetta, it will catch on fire. When it does, make sure to move your units away from the platform, even if it does have a Ballista in the middle of it.

Claude Will Call In Reinforcements

When Claude starts moving in the fight, he'll call in reinforcements above and to the right side of the map. Make sure you don't have any units left standing in these areas or if so, be prepared to take down Claude's reinforcements when they come in,.

The chest contains a piece of Umbral steel or agarthium, I can't quite remember.

Tell us what is in the chest on these maps!!!