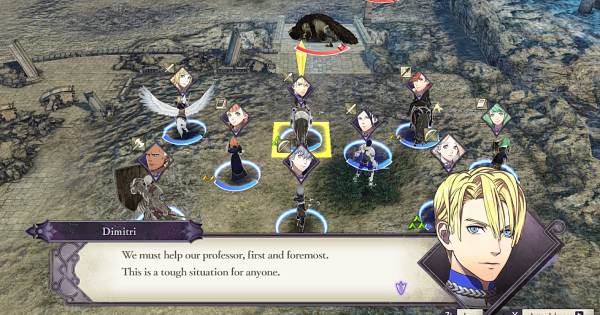 Last Updated: 2022/8/21 22:44
Hot Topic
Learn Best Character to Recruit Here!
:p: Check out this guide to know how to unlock Fire Emblem: Three Houses' Paralogues. Superior weapons and rewards await those that do these quests, so best check out this list!!!

How to Unlock Paralogues

Character Needs To Be A Member Of The House

Click Here To Know How To Recruit Characters From Other Houses!

Some Paralogues are stories of two characters. Some of these require only one character to join your House. While the player can control the other non-House character, the character won't be able to earn experience. You can also use this opportunity to build Support to ease the other character's recruitment requirements.

Once a Paralogue has been unlocked, it can only be done in a span of weeks or months. If not done after its time limit, the quest is gone forever. If you can、try to do the Paralogue battles as soon as possible.

It is also important to note that doing a Paralogue quest consumes a Battle Activity Point, so you find yourself trying to juggle between multiple battles in a single weekend. Try to manage your time and prioritize these battles as they are time limited.

Click Here To Know How To Get More Activity Points!

Clearing Paralogue quests often times reward the player with gold or silver level rarity items. As your progress the story, it is recommended to take time to prioritize these quests as they provide a substantial increase to your fighting abilities.

Also missing Ingrid’s relic, Luin for her paralogue. Missing Marianne’s relic, Blutang from the “Forgotten Hero” paralogue. Noticed they listed “Sleeping Sand Legend” (not on this page) that apparently have a hero’s relic, I wonder for which crest... Never seen that particular paralogue yet.

Not sure who reported a Wo Dao as a reward for Felix's paralogue, but I saved all of the villagers and received an Extra Large Bullion, the Aegis Shield relic, and a battalion of Fraldarius Soldiers. No Wo Dao though, so that's unfortunate.

Actually, the paralogue “Rumored Nuptials” gives the battalion “Galatea Pegasus Co.” It requires at least a B in Authority. I had to train Ingrid’s authority high enough to put it on her. It was kinda annoying.