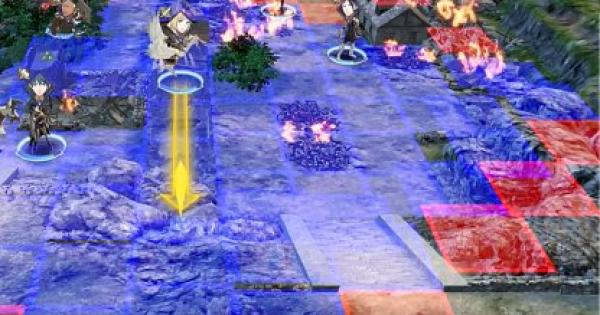 Give 1 Chest Key to 2 of your fastest units so they can quickly recover chests on this map.

Save Villagers For Greater Reward

There are 7 villagers (brawl icon) waiting to be rescued. If you save all of them, you receive extra rewards such as an Advanced Seal.

Check Out the Use For Seals Here!

To save Villagers, defeat "Rampaging Villager" that's targeting them. The saved Villager will disappear immediately after you dispose of their pursuers. Use "Physics" to heal Villagers from afar to keep them alive.

Flying and Cavalry Units Can Cover a Lot of Ground

Flying units such as Pegasus Knights and Wyvern Riders will be able to cover a lot of ground since they are not affected by terrain. They will be able to take down rampaging villagers quickly while you advance your units!

If your units get close to Tomas at the bottom of the map, he will reveal his true identity as Solon, and the objective changes. The battle ends if you defeat Solon, so plan ahead if you want to engage the Death Knight.

When Solon reveals himself, 5 enemy units including Death Knight appear as reinforcements at the bottom left corner. Avoid leaving your weaker units here or they could be overrun.

By defeating Death Knight you get a Dark Seal, required for getting certifications for the Dark Mage. Your units should be powerful enough by now, so round up your best units and take him down.

Check out Tips on How To Beat Death Knight Here!

How To Beat Solon (Boss)

First Defeat Mobs Around Him

Solon himself isn't too dangerous, but the mobs surrounding him could be troublesome. Solon's Mobs will start moving towards player units immediately, while Solon won't move from his position, so deal with mobs first.

You May Leave Solon To Jeralt

Jeralt is present as an ally, and will engage Solon. You can leave Solon to Jeralt while your units pursue other targets.

Jeralt will be an ally during the fight. However, he will be drawing aggro from several enemy units. The mission will fail if Jeralt is killed, so surround him with units that can defend and heal him if needed!

The unique terrain that can be found on this map is the Fiery Floor. Avoid occupying this tile as these will deal damage to your unit every time at the start of their turn!

Awful guide, you never want to let allies get the kills. You can block Jeralt from getting to the boss by positioning units around the trees and then either using Rescue to move him back or push him away with Smite combat art.

Beware when you get too close to Solon. If you didn't save the villagers, he will kill them instantly.

Hey gang, just got both chests on this chapter, oticed it was still TBD on your page. The top left chest gives a Giant Shell, while the southern chest gives a Horseslayer. I forgot to get a picture of the Horseslayer being acquired. 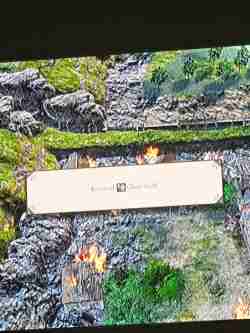