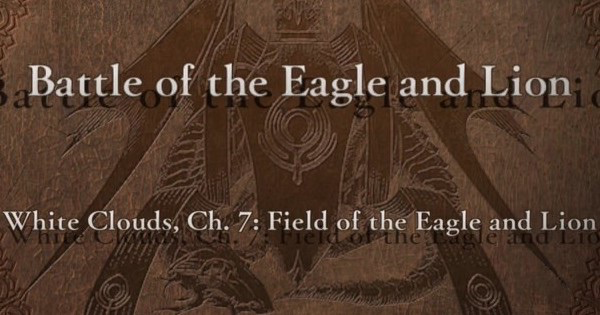 Learn strategy, map, items, conditions, and bosses in this guide for Battle of the Eagle and Lion Battle in White Clouds Chapter 7 Three Houses in Fire Emblem: Three Houses!

Map To Be Confirmed

Battle of the Eagle and Lion Obtainable Items & Equipment

Battle of the Eagle and Lion Strategy Guide

Click to Enlarge
This is a Free-For-All fight among the 3 Houses. You will receive better rewards if your House has the most units killed, so keep that as your primary focus.

Click to Enlarge
You will need mobility to get ahead in this encounter: it features a big map, and many opportunities that requires speed to exploit. Bring Cavalry or Flying units.

Eliminate Ballista At The Center

There is a Ballista at the center of the map. While not particularly hard hitting, it has insane range and can bombard your forces from across the map. Eliminate it as soon as you can.

Profit From Other 2 House's Infighting

Click to Enlarge
The other 2 Houses will fight each other. If there is infighting near your vicinity, try and swoop in to deliver the final blow to weakened enemy units to increase your kill count. Just be sure not to be surrounded yourself.

None of the enemies are particularly tough, move your units in groups and you'll be fine. Gather your highly mobile Cavalry units together, and the slower units in separate groups.

Check The Map Each Turn

Every faction is moving independently, so situational awareness is key. Check the map each turn for enemy positions and movement, then decide where your units should be.