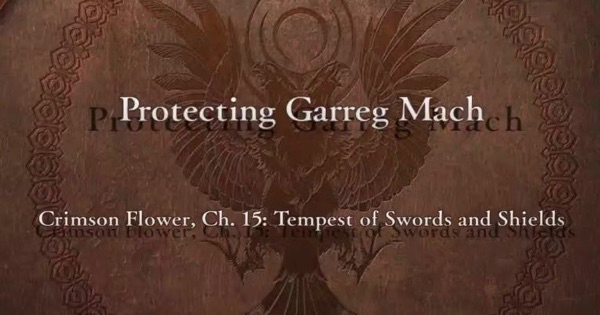 When your units step into the mid part of the map, enemy ambush would appear. Maintain your formation as you advance and keep weaker units a bit back from your tanks.

Divide Your Forces Into 2 Fronts

Split your forces into 2 and push down center and right, while maintaining formation. This will let you mop up any enemy that wants to run past you to get to the Defense Point, while pushing toward your objectives.

Seteth won't move from his position, so ignore him for now. Clear out the mobs near Seteth, then support your right flank to take down Flayn, Alois first.

Alois will be manning an Onager that is actually dangerous: it has decent range and damage, and most importantly, a high hit chance. Don't linger within it's range.

Defeat Flayn With Protagonist To Let Her Live

If you defeat Flayn with the protagonist, she will retreat instead of dying. Any other units will kill her, so if you don't want her dead, let the protagonist deal the final blow.

Enemy units will use Blaze Gambit, igniting terrain in a 4x3 range and turning them into Flame tile (-15% HP starting there), so pay caution of which tiles you send your units in. The fire has been observed to extinguish after a few turns.

If you've equipped Battalions that can use Blaze, you can use that against your enemies for the same effect. This tactics can help grind out enemy unit's HP faster.