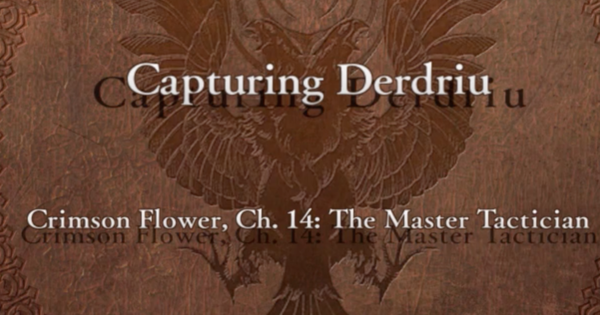 Dispatch Nader for the Aurora Shield!

Eliminating Nader rewards the player with the Aurora Shield, granting defense and immunity against projectiles. Very effective when used by a fast mover as it protects the equipped character against enemy ranged attacks, eliminating the danger of gap closing.

As enemy reinforcements will arrive in turn 2, best split your forces into two groups before advancing. Place high mobility units to your right flank to quickly counter the enemy's fast moving units.

Turn 2 brings in a lot of Bow Knights and Wyvern Lords, the enemy AI will likely charge your ranged units. Guard them with a Bow Knight or quickly draw and repel enemy cavalry from the right with melee units.

Defeating Nader will force the Almyran units to retreat, cutting-off the constant spawning of Wyvern Lords. Due to Nader's heavy armor as a Wyvern Lord, use bows or magic to bring him down!

Defeating the three gate guards will prevent the spawning of axe-wielding warriors starting on Turn 7. While the two gates at the left are easy to access, the one gate at the north might be a bit tricky due to its distance and the need to go around houses. It is recommended to use a fast unit such as Cavalry or Pegasus Knight to reach the northern-most gate.

As the enemy is mostly composed of axe-wielders, bring units with the Axebreaker ability to safely and quickly dispatch them. Axebreaker can be unlocked with a high-level of Sword Skill.

Use Bernadetta To Bring Down The Fliers

Positioning Bernadetta (or any archer with high Spd) on the rightside of the city prevents the enemy Wyvern Lords from harassing your units in the city. A level 35+ Bernadetta can easily evade the Wyvern Lords' attacks and is capable of eliminating them in a single exchange.

Even when surrounded, Hilda and Claude do not move from their positions. Use this to your advantage and position your units prior to your attacks. Becareful as Claude can hit units 3 tiles away.

Both Claude and Hilda are positioned inside Healing Tiles. These tiles grant +30% healing every turn with Hilda getting more benefits with additional Def and Res. It is recommended to finish them in one turn, but if that would be difficult, use the Onslaught Gambit to push them out of their tiles!

Ending the battle and defeating Claude will give the player the choice to spare him or not. Both choices have no impact on the rest of the playthrough.