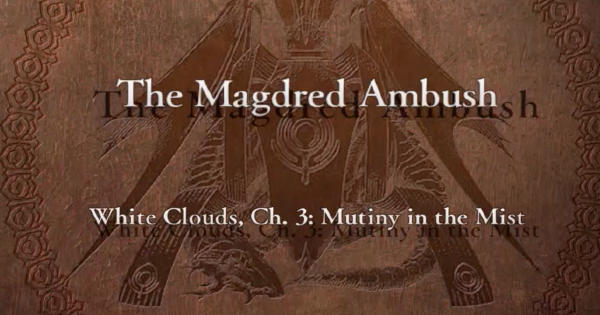 Defeating the Dark Mage will clear the map as shown above.

"The Magdred Ambush" Strategy And Tips

This map forces the player to look for the enemies as the player needs to get close to reveal enemies in the fog. As using a Torch allows the player to see further in this map, it is recommended to buy a couple before taking this mission.

Draw The Enemies Out Of The Fog

As the battlefield is obscured by fog, advancing aggressively may put you at a disadvantage. Advance slowly as a group and draw enemies to come towards your party instead.

Defeat The Dark Mage To Clear The Fog!

The fog gets lifted once the Dark Mage has been beaten. The Dark Mage is located at the lower left of the map. Prioritize getting to the mage and defeating it to make the battle easier.

Catherine Can Be Left Alone

Despite the warnings at the start of the battle, Catherine can be left alone as she can stand on her own against the fielded enemies. You can even leave her to clear one side of the map!