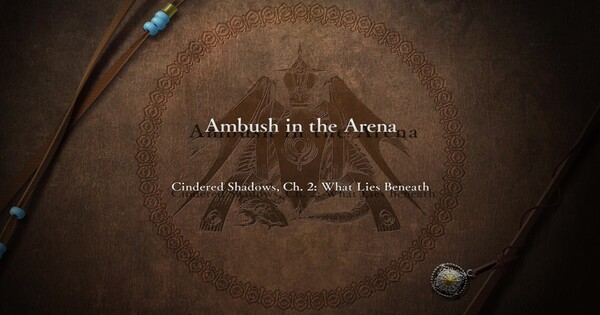 Learn strategy, map, items, conditions, and bosses in this guide for Ambush In The Arena Battle in Cindered Shadows Chapter 2 in Fire Emblem Three Houses (FE3H)!!!

Ambush In The Arena Strategy Guide

Multiple enemy reinforcement waves will arrive after you take out the previous one. Don't split your forces or they will be overrun.

Congregate Your Forces At The Center

If your units are cut off or isolated they will be decimated by the multiple waves of reinforcements. Gather all your forces at the center as quickly as possible so you can deal with the grouped enemies more effectively.

Use Stairs As Choke Points

Use the stairs in the center as choke points to block enemy forces from charging into your weaker units or flanks. Edelgard makes a good tank but remember to clear out the Reason units that can damage her with other units.

Make Use Of Healing Tile In Center

A healing tile in the center will heal any unit standing on it. Rotate your wounded units on it to conserve heals.

Use cavalry and flying units you have to reinforce & support your tanks to clear out enemies. Do hit and run attacks to jab away enemy health before retreating. Dimitri and Claude are good candidates.

Death Knight will appear on the final wave. He will not move from his position, so do not engage him. Some enemies will try to attack him, getting decimated in return.