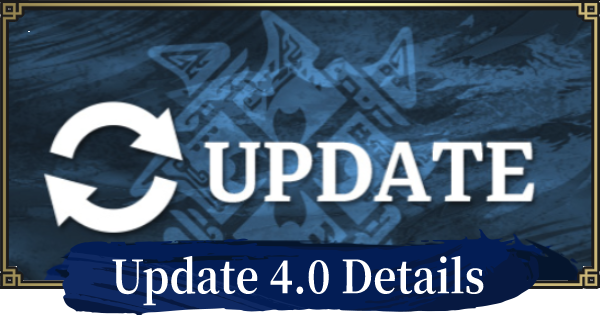 This article is currently being updated! Please stay tuned for more!

The latest roadmap for the ver 3.0 and later was announced last E3 2021. As for the first Collaboration Event, you will obtain Palico Layered Armor "Tsukino Costume" after completing the Event Quest which will be released on June 18th. Hunters can also obtain the Rider Layered Armor by using the saved data from Monster Hunter Stories 2 on July 9th.

Expected By September Or October

Full-Grown Monsters Are Highly Likely To Be Added

Monsters From Relic Records May Appear

Since Alatreon and Fatalis have appeared in Monster Hunter World: Iceborne, we could expect some contraindicated monsters to appear in Rise. The Relic Records in Lava Caverns contains some evidence of Dire Miralis' appearance. Is it possible that they appear?

In the trailer of the Infernal Springs, we had hints of Shagaru Magala possibly appearing in MH Rise through future updates.

Gigantic Monsters May Be Added

There are Gigantic Monsters in the previous Monster Hunter Series but there are no large monsters in Rise yet. We are looking forward to the appearance of large monsters like Lao-Shan Lung and Zorah Magdaros.

The current Apex Monsters released previously were also part of the Special Permit Quests from Monster Hunter Generations. The other 2 monsters that appear in the said Special Permission Quests are Nargacuga and Tigrex. We could expect that the next Apex monsters would be these 2 monsters.

The Update 4.0 could be released after August Update 3.3 release. This could be after half a year since the game's release date. So we could expect some quests for speedrunners will be added as well. This could be closer to the Special Permit Quest from MHXX.

Quest Similar To Siege Quest May Be Added

Weapons in Rise were not adjusted yet, unlike in Iceborne. If changes were to be applied, the gaps from the weapons may be gone.

Although, Thunder Serpent Narwa and Wind Serpent Ibushi were already slain in the previous story. Is it possible that they actually had children? Maybe there's more story that will be added.

Is It Possible That This Will Be A Paid DLC?

Paid DLC Updates like Iceborne's Master Rank can be added. However, considering the release of the PC version in early 2022, it seems that there will be a large update at an earlier time. So there's a chance of this being a paid DLC.

During the May Digital Event, the 3.0 update for Monster Hunter Rise was officially confirmed to be coming out on March 27th, 2021. Given the release timing of the previous update, we feel we can expect this patch to hit at 0:00 UTC on May 27th!

Crimson Glow Valstrax was confirmed to be added in 3.0! This main monster from Monster Hunter Generations is one of two "new" monsters to be added this time around!

An Apex version of the regular Zinogre enemy has been confirmed for 3.0!

No Other Monsters Added

In the previous 2.0 Update, Bazelgeuse was added as a surprise monster. Although we expect Deviljho to be added next, there are no surprise monsters added in the recent 3.0 Update.

A new ending involving the Wind Serpent Ibushi & Narwa The Allmother was added to the game in 3.0. This quest will require you to fight both of these enemies at the same time, so make sure you're prepared.

The Twins Are Involved...?

The twins of Kamura Village, Hinoa and Minoto, appeared to be possessed by something in the footage shown. It's likely that they'll play some part in the confrontation between the above mentioned serpents.

New weapons, armor, and decorations will be added, with crafting and upgrading also being possible. In combination with this, new Skills and Rampage Skills will also be making their appearance.

The two Apex Monsters added in the last update, Apex Rathian and Apex Diablos, will now be fightable in regular quests. Players can look forward to challenging these two in a non-Rampage environment!

:New Quests from Gathering Hub were added after the 3.0 Update. In addition to the Story Quests & new monster quests, several difficult quests were also added.

Version 3.0 will bring with it new Awards for players to obtain! The third page of rewards currently only has three entries on it, so we feel it's likely that more will be added, giving players more to do in terms of completing their gold and silver collections. 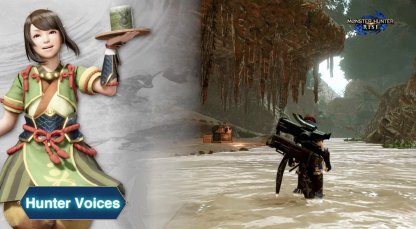 New Paid DLCs like Hunter Voice, Hairstyles, and Layered Armor were added in Rise. If you are interested, you may check this out.