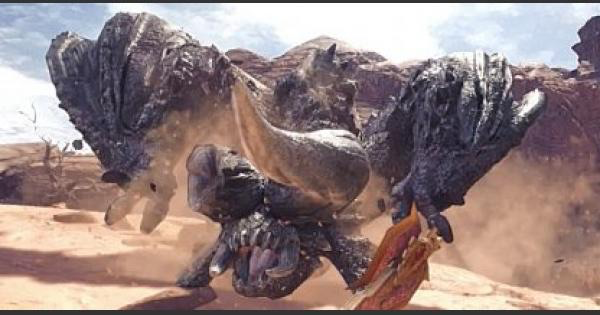 Apex Diablos is a confirmed new monster that came with update 2.0. Players can finally play against the more powerful Diablos after reaching a certain HR Rank.

How To Unlock Apex Diablos

Apex Diablos appears only in the Rampage Quest after your HR Cap was Released. In order to release your HR, it is necessary to clear the Urgent Quest - Serpent Goddess of Thunder that can be unlocked by clearing all the ★ 7 Key Quests.

Check Out How To Unlock Your HR Here!

What Is Apex Diablos?

Apex Diablos is a stronger and hardier version of its vanilla counterpart. As an apex monster, there is a large chance that it will come with new moves to destroy the village gates and eliminate players.

Movesets Likely To Be Similar To Diablos

Based on what we know about current Apex monsters, their movesets are not that much different from their vanilla counterparts. However, the similarities end there as they have a larger reach due to their size, and have significantly more damage.

Attack His Head While Enraged

Apex Diablos has a soft head when enraged. It is also dangerous to attack from the front, so we recommend attacking from the side.

Since it is larger than a normal Diablos, it has a wide range of attacks. For example, the speed when rushing towards you is faster, and it is difficult to avoid it even when running or evading while the weapon is sheathed. It is safe not to stand in front of him because of this rush attack.

Be Aware Of Flying Rocks

Apex Diablos slams his tail and makes a rock-flying attack. Gunners attacking behind can be targeted easily, so if you see him trying to smash the ground using his tail, it's better to run away quickly.

Attack While Preparing For A Big Move

▲ Frequent attacks while Apex Diablos is preparing for an attack

When using a big move, perform consecutive attacks at the specific place on the map. In the meantime, you can cancel the big move by giving a certain amount of damage and frightening it. In addition, since the trap does not work on Apex Monster, it cannot be trapped and stopped.