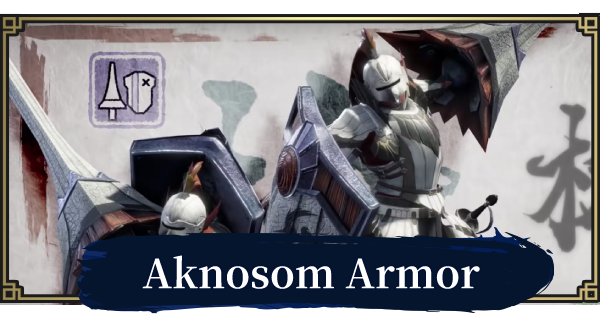 Check out this Monster Hunter Rise (Switch) guide on Aknosom armor. Find out info how to get Aknosom armor, weapons, speculation, and more in MH Rise!

This article is a work in progress - stay tuned for updates!

The Aknosom is another new monster added in Monster Hunter Rise. For information on how to fight against it, check out the article below.

Check Out Info On The Aknosom Here

In the official preview video for the Aknosom gear, the hunter is seen wearing armor that has the appearance of several layers stacked upon each other like origami and flares out like an umbrella. This resembles Aknosom's coloring and parasol-like appearance, giving the hunter a similar fierce and fiery look.

We can also see the Aknosom armor in action in the Lance official preview video above.