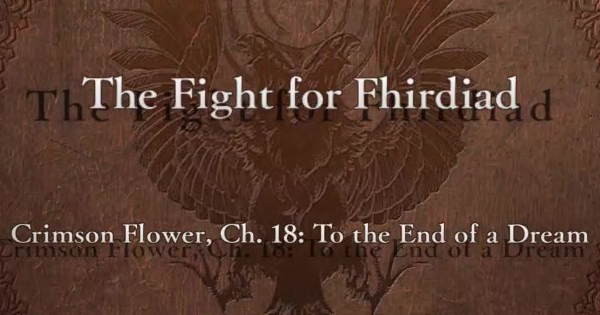 Learn strategy, map, items, conditions, and bosses in this guide for The Fight for Fhirdiad Battle in Crimson Flower Chapter 18 in Fire Emblem: Three Houses!!!

The Fight for Fhirdiad Strategy Guide

No Class Changes For Your Units

You Don't Need To Fight Everyone

You win by defeating the The Immaculate One. Unless you're after Chests and items, you can take the shortest route to victory. Do remember that enemy characters would start moving as you get close to Rhea.

A frontal breakthrough route. Note that Cyril has high damage and movement, so lure him out with someone on a Stronghold tile and swarm him.

4 enemy winged reinforcements will arrive once mid battle. They have high mobility and could wreck your weaker units, but can be easily dispatched with Bows.

Due to the many penalizing floor tiles and the lack of Bow wielding enemies, flying units have a easier time on this map.

Cavalry units get penalty from many of the tiles here and isn't as nimble in many cases. Consider dismounting if needed.

The upgraded Golems becomes stronger each time The Immaculate One howls. They can pose a serious threat with their "Throwing Light Lance", attacking from 4 tiles away. Finish them off quickly before they get even tougher.

Golem is immune to magic & Critical attacks when its Barrier is up. Have your fighters break their barriers before you send in the mages.

How To Beat The Immaculate One

Finish Off Mobs Around It First

The Immaculate One will not initiate combat until you strike. Finish off the mobs around it before initiating the final combat.

The Immaculate One has a even tougher Barrier that should be dealt with first. Gambits will break them surely, so don't spend them all on Golems.

The Immaculate One Barrier Effects:

Burn It Down Before It Uses Wrath

Wrath ability gives The Immaculate One a high critical chance when counterattacking. This will limit your offence options, so burn it down quickly once it has no HP bars left.

The Immaculate One Latent Abilities: