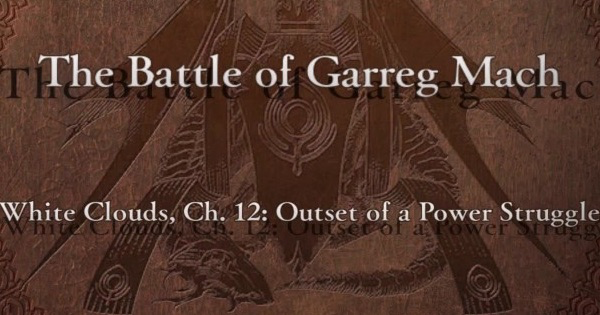 Learn strategy, map, items, conditions, and bosses in this guide for The Battle of Garreg Mach Battle in White Clouds Chapter 12: Outset of a Power Struggle Three Houses in Fire Emblem: Three Houses!

This battle is only available if you chose to follow the Edelgard route
▶︎ Check Out How to Unlock Edelgard Route Here!

Walls that have cracks on them can be brought down with attacks (even ranged ones). If you don't have classes that can open doors, this can hasten your assault.

Beware of Ambush At Center

When you reach the map center, 6 enemy units appears in ambush.Your units here will be swarmed, so don't let anyone go alone when entering here.

After defeating the mini-bosses Seteth, Flayn, and Gilbert, Rhea appears at the top of the map. Defeating Rhea ends the battle, but she will be surrounded by 2 elite characters and golems. Remember to conserve your strength for Rhea and her goons.

Rhea And Reinforcements Appears After 11 Rounds

If you advance forward without defeating Seteth first, he will start roaming the map. He moves quickly, so don't ignore him.

Watch Out For Golems

Golems are tough adversaries with similiar battle mechanics as Demonic Beasts.It has 3 HP bars, but is too dangerous to leave around, so take them down ASAP.

Don't Congregate At The Center

When Rhea arrives, Golem appears where Seteth was when the battle began. Golems have wide-ranging attacks, so don't jam up your units at the center when you're beating the final mini-boss.

No Special Events With The Mini-Bosses

*Tested through real playthroughs.
Whether hidden events exists or not is under investigation.

If defeated, Seteth, Flayn, and Gilbert will retreat without getting killed. There are no recruitment events, so finish them off quickly.

After defeating Flayn, the Death Knight appears and will join the fight as an ally. While a capable fighter, You cannot control Death Knight, nor will he joins you after battle.

Are there any consequences if Ladislava or Randolph are defeated?