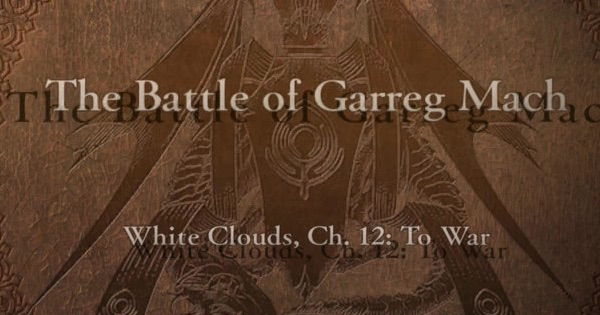 Learn strategy, map, items, conditions, and bosses in this guide for The Battle of Garreg Mach Battle in White Clouds Chapter 12: To War in Fire Emblem: Three Houses!

Wipe Out The Right Flank First

Clear out threats closest to Rhea first. You have many ally units on the left, so wipe out the enemies on the right flank, then split your forces to retake strongholds to prevent enemy reinforcements.

This map is very large and has 2 strongholds located on the East and West side of the map. You will need to defeat the enemies located at these strongholds to stop enemy reinforcements from appearing!

Split Your Team Into Two Groups

You will need to split your team into two groups in order to efficiently capture both Strongholds. Make sure that each group has at least 1 healer to sustain both groups as they make their way to the stronghold.

This map is also filled with obstacles that non-flying units will not be able to pass through. However, you can attack and break these obstacles to create a new path so that units do not need to travel far to get to certain areas.

Hubert and the Death Knight can be found on the East and West strongholds respectively. You will need to defeat them to successfully take over these strongholds.

Use Gambits To Push Off Hubert & Death Knight

Hubert and Death Knight will each be occupying a Heal Tile. This means that every turn, they will regenerate health. The best way to counter this is to use Battalions with the Onslaught gambit to push them off these tiles!

A tougher version of the Demonic Beast will arrive for this fight. These Winged Demonic Beasts have more hp and can fly. Equip your units with better weapons before the fight to rise up to the challenge.

Winged Demonic Beasts are tougher than before with 3 HP bars to spare. Bring more firepower to dispatch them quickly.

Barriers under Winged Demonic Beast reduces the damage they take from your units. Destroying Barriers will confuse Demonic Beasts and stopping it from countering for a turn. Use Gambits, Combat Arts to destroy them.

Ballista and Onager will a shoot at your forces. While not particularly damaging, their long range poses a problem. Destroy them as you push south, or send flying units after them.