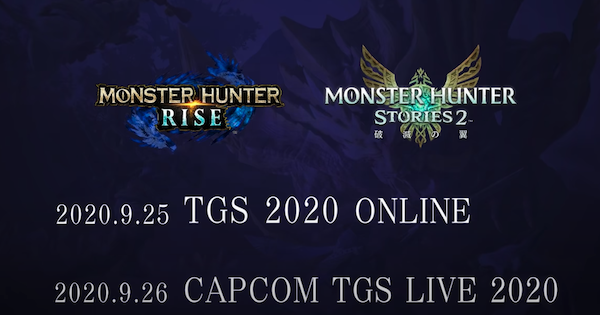 Monster Hunter Rise director Yasunori Ichinose and series producer Ryozo Tsujimoto detailed a few planned enhancements to the game, followed by a look behind the scenes of the four-year production process.

A new feature in MH Rise is the Wirebug, a gadget that allows you to stick to walls to swing and propel yourself. This opens a new dimension to movement since you will be able to climb hard to reach places and easily attack from above.

Dependent On Your Weapon Type

When used to attack, the Wirebug's movement and combos are dependent on your weapon type. Each weapon type has a different way of utilizing the Wirebug, adding another set of possible combos to the staple weapons.

Check Out The Wirebug Guide Here!

The developers also previewed and teased an upcoming new location, the Shrine Ruins. Viewers can get a glimpse of it in tomorrow's streaming.

Players can bring 2 allies into a quest when playing alone. Players can choose between bringing the new Canine companion together with a Palico. Or 2 Canines or 2 Palicos.

Also revealed during the TGS Capcom Special Program was the game's main monster. Sadly, aside from its appearance, no other information has been revealed about the Magnamalo.

New Base Is Kamura Village

In Monster Hunter Rise, the new hub is called Kimura Village. New colorful characters that support the player can be met here. Kimura Village is also the place where players can get quests, craft weapons and armor and buy items for the hunts.

A key element teased during the CAPCOM Special Program is "The Rampage". As it is a very important gameplay element that is connected to the story, the developers did not delve into this new feature.

The developers also teased about new attacks and combos in MH Rise. Other notable changes include being able to use a Barrel Bomb mid-air. Companions like Palicos also get more movements and attacks here.

To Be Released At The Same Time Worldwide

Monster Hunter Rise is confirmed to release on March 26, 2020, Friday. All countries will be able to receive and download the digital copies at the same time.

MH Rise will be available in both digital and physical formats. A deluxe edition bundled with DLCs and exclusive-layered armor pieces is also available.

Check Out The Different Editions Here!

Pre-orders for both the digital and physical versions of the game are live. Players that look forward to Monster Hunter Rise's release can pre-purchase it now.

Players that pre-order any version of the game can get layered armors for their Palamute and Palico. Also included in the bundle is a Novice Talisman that can help during the early stages of the game.

Amiibos for the Palamute, Magnamalo, and the Palico will be released on the same day as the game. Using these amiibos will reward you with unique layered armor sets in-game.

Monster Hunter Rise will be officially introduced at the Tokyo Game Show, one of the three major shows focusing on new video game releases and news! Make sure you don't miss this event!

It is said that the live broadcast will feature actual in-game footage! This will allow you to observe how the game plays and looks!

In the past Monster Hunter World showcase, players were treated to a gameplay video of the hunt against the game's cover monster, Nergigante. Therefore, it may be safe to assume that we will get to see a Magnamalo hunt this time around!

Demo Version May Not Be Available

Similarly in TGS 2017, a trial version of Monster Hunter World that was set to be available was pushed back to a further date. If this was the case before, we might not be able to get a demo version of MHR soon.

Suzuki said that Sunbreak will take place in a new base of operations far from Kamura Village, with the Elder Dragon Malzeno serving as the game's "Signature Monster." He also mentioned that Shogun Ceanataur and a few others from the previous Monster Hunter series will be returning in Sunbreak.

On October 29, a new Event Quest to unlock layered armor to make your hunter look like Arthur from Ghosts 'n Goblins Resurrection was held. This new collaboration Event Quest with the Ghosts 'n Goblins series, was greeted with utmost excitement as beloved by fans across the globe were eager to try out and see Arthur the gallant knight venture its way in the Monster Hunter world.

As revealed beforehand in their TGS teaser, Capcom has made Monster Hunter the spotlight of the program broadcasted live this September 30, 2021. This includes new informations on the current and upcoming Monster Hunter titles.