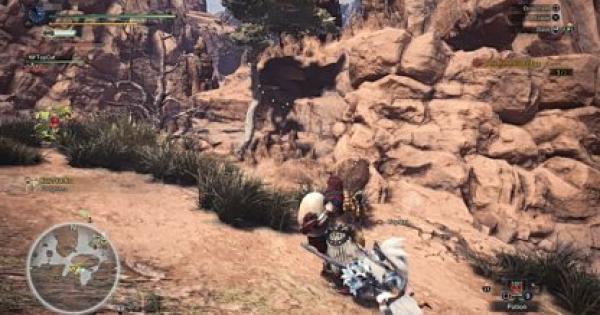 Check this Monster Hunter World: Iceborne guide on how to complete egg delivery quests, how to deliver & carry them, preparation needed, what to watch out for and more!

What Are Egg Delivery Quests?

Quests To Carry Monster Egg Back To Camp

These delivery quests require you to carry a specific egg from a point in the map back to any camp. It does not require monsters to be killed, however, these are just as tedious since your movement is limited.

Unlike traditional hunts, certain factors affect how difficult this quest can be. Being attacked by a monster or running out of stamina can cause you to drop the egg, requiring you to pick up another egg again.

Running Out Of Stamina Drops Egg

Keep watch on your stamina when doing Egg Delivery quests, since running out of stamina will make you catch your breath and drop the egg.

Getting Attacked By Monsters Drops Egg

When you take an egg, monster guarding that egg will attack you. Even as you run back to camp, if that particular kind of monster is near, it will also attack you and force you to drop the egg.

Make sure to kill monsters surrounding where the egg is, otherwise, they will attack you. Make sure to take out the same type of monsters along the way back to camp as well.

Other Aggressive Monsters Can Also Attack

If there are other hostile monsters along the way aside from the parent monster, they can also attack and cause you to drop the egg.

The Ghillie Mantle allows you to conceal yourself temporarily from monsters. With this equipped, it will be easier for you to carry eggs back to the camp.

There are specific skills in the game which will allow you to do delivery quests easier. Equip these skills to help you during these quests.

Play With A Multiplayer Party

Egg Delivery quests will be much easier with a team, wherein 2 members can focus on carrying eggs, while 2 other members focus on defeating monsters protecting the egg, and other attackers.

Before starting any egg delivery quests, make sure to unlock camps near where the eggs can be found. This will make it easier and faster to carry eggs since the camp is nearer.

To unlock a camp, you'll have to first find it in its respective region. The Ancient Forest Camp (17) is a must find for Egg Delivery quests, which is found in the 3F northeast area of the map.

Before heading to any Egg Delivery quests, make sure to eat a meal with the Felynebacker food skill. This allows you to avoid knock back when carrying heavy objects, preventing you from dropping the egg.

If Felynebacker Is Not Available, Boost Stamina

If you are missing the ingredients, or if Felynebacker is not available in the Daily Skills when preparing a meal, you can settle for a Stamina boost.

Make sure to bring Dash Juice as well with you. This item temporarily reduces stamina depletion for a time, which makes it valuable for Egg Delivery quests.