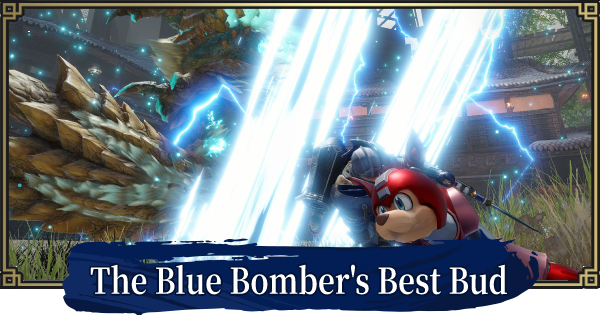 The Blue Bomber's Best Bud is an Event Quest for Monster Hunter Rise (MH Rise). It includes guides, how to unlock, new layered armor, and more!.

The Blue Bomber's Best Bud is a ★6 High Rank Event Quest for Monster Hunter Rise in collaboration with Mega Man that was added after the 3.3.1 August Update. In this Quest, you will need to hunt down Zinogre in Arena.

There's no first-time special rewards for this quest. However, you will be able to obtain the Dog Bolts which will be needed in creating the Akuma Hunter Layered Armor.

Weakness Of The Monster

How to Unlock The Blue Bomber's Best Bud