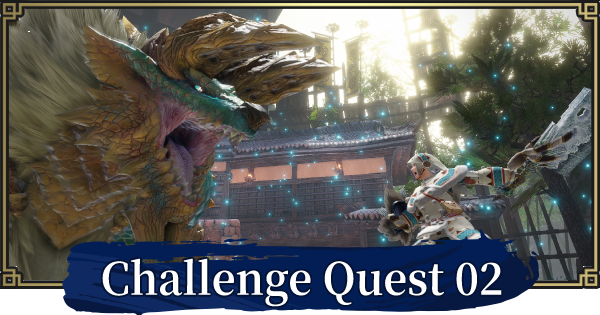 The Arena: Challenge Quest 02 is a ★6 Arena Quest for Monster Hunter Rise that was added after the 3.2 Update. In this Quest, you will need to slay Zinogre in Arena.

Challenge Quests are quests mainly to test your skills. There is no first-time special reward even if you clear the quest. If you like to challenge yourself using a limited set of gears, you must try the Challenge Quests!

Weakness Of The Monster

How to Unlock Challenge Quest 02 (Arena)?

Please take note that the Arena: Challenge Quest 01 will be unlocked after installing the 3.2 Update. We kindly advise you to download the game to its latest version.