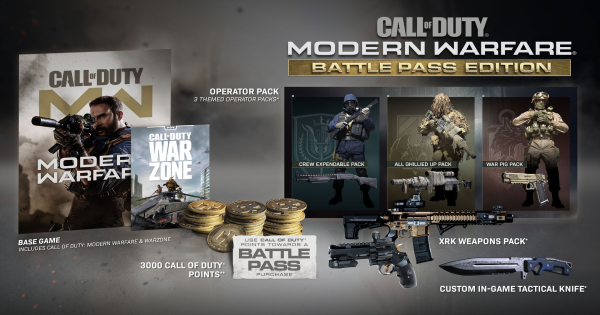 Read this Call of Duty Modern Warfare / Warzone guide to learn more about the Season 5 Battle Pass Edition! Find out how to get, price, contents, if the upgrade is worth it, and more!!!

What Is The Season 5 Battle Pass Edition?

Upgrade To The Full Version Of The Game

The Season 5 Battle Pass Edition allows players who purchase it to upgrade to the full version of Call Of Duty. This will allow them to enjoy more contents such as Modern Warfare's multiplayer, campaign, and spec ops!

For Players Who Play For Free

This version is intended for players who have initially downloaded Warzone for free. Players who initially bought the Modern Warfare game need not purchase this upgrade version.

Is Warzone, Multiplayer Free To Play ?

Purchasers will also be rewarded with 3,000 CoD points. This is enough for players to purchase a Season 5 Battle Pass. There will also be leftover CoD Points which you can use to purchase other in-game items.

Players will also unlock the battle pass system for Modern Warfare. Aside from Warzone, you will be able to unlock tiers in the Battle Pass by playing games in the Modern Warfare game mode.

Check Out The Battle Pass Here!

Players will also receive a cosmetic variant to the Combat Knife melee weapon. Keep in mind that this is only cosmetic, and will not offer any gameplay advantages.

Last but not the least, players will receive an XRK Weapons pack. This pack contains blueprints for the M4A1 and the .357. These blueprints alter the base weapon with a host of attachments that can improve its performance!

Is The Battle Pass Edition Worth It?

For Players Who Want The Full Experience

The Season 5 Battle Pass Edition is only recommended for players who want to experience the whole of Modern Warfare. If you do not see yourself playing much Multiplayer, Campaign, or Spec Ops, we do not recommend buying this version.