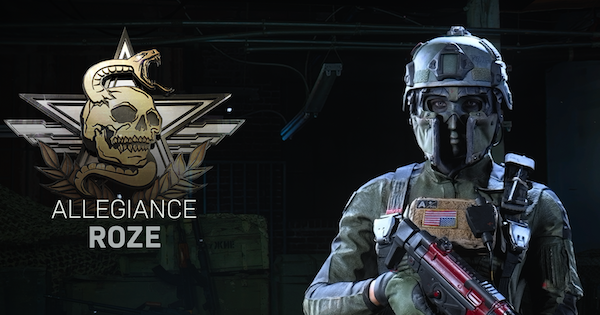 Check out this Roze Operator skins guide of Call of Duty Modern Warfare 2020 & Warzone! Find out Roze operator skin, release in season 4 reloaded, how to unlock / get, & character profile!!!

Roze is set to make her debut in Season 4 Reloaded! Once unlocked, you can play as Roze in both Warzone and Modern Warfare!

May Releas Around July 15

Season 4 Reloaded arrived on June 29 11pm PDT. This update included a huge change to Warzone with a mode featuring up to 200 players. This update also brings with it notable new tools such as the Rytec AMR and the Spotter Scope. Roze was not released with the update but is expected to arrive sometime around July 15 based on precedents.

The trailer above confirms the 3 Operators for this season, including Roze.

How To Get Roze Operator

Purchase Bundle From The Store

Players will able to unlock Roze by purchasing their Operator Bundle once it becomes available in the in-game store! As of the moment, the bundle is yet to be released.

Check Out The In-Game Store Here!

Check back soon to learn more about the Roze Operator Bundle! This section will be updated as soon as more information is confirmed.

Roze is an ex-ranger, formerly based in Colorado. A hunter, tracker, and expert in close-quarters combat, Roze finds herself in Verdansk. Roze is part of the Allegiance, Jackals faction.