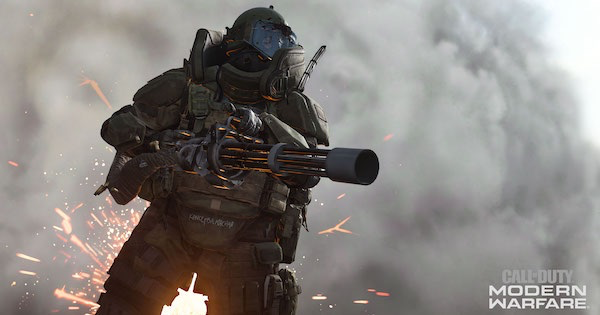 Read this guide for the latest info on Microtransactions (MTX), Lootboxes & Supply Drops in Call of Duty: Modern Warfare 2019. Read to know if it's in-game and what it contains!!!

Is There Microtransactions In Call of Duty: Modern Warfare 2019?

Microtransactions Will Be Included

Microtransactions are to be included in Call of Duty: Modern Warfare 2019 as part of the game experience according to numerous official releases & interviews. Full details of its implementation however, is yet to be clear at this time.

The in-game economics will be replaced with the new Battle Pass system. It will be divided up by seasons where players earn themed items through gameplay. All such items are announced to be cosmetics only.

Battle Pass Will Not Be Available On Oct.25

Battle Pass system will not be introduced on Oct. 25, as Infinity Ward is working on the best Day One experience and wants every player to have a chance at unlocking the rewards. Battle Pass is announced to arrive later this year.

Is There Lootboxes, Supply Drops In Call of Duty: Modern Warfare 2019?

Infinity Ward announced that a new Battle Pass system will replace all in-game economy system. Players can see the content that they are earning or buying, so therefore is not a loot box system.

Game Release Imminent - Which Editions Should I Buy?

Weapons Are Earned Through Gameplay

Equipments like weapons are announced to be earned through gameplay and not restricted to transaction as promised by Infinity Ward: "Base weapons and attachments, can be unlocked simply by playing the game". This means key gear isn't locked behind a paywall as of now.

Could Lootboxes Be Added In The Future?

There has been no officially announcement that whether or not Lootboxes & other microtransaction will be added in-game post launch. Stay tuned for the latest news!

A Possibility Based On Precedence

There is the possibility that Lootbox, Supply Drop will be added to Call of Duty: Modern Warfare 2019 in the future after release, based on precedents set by previous CoD titles that has similar system implemented after release.