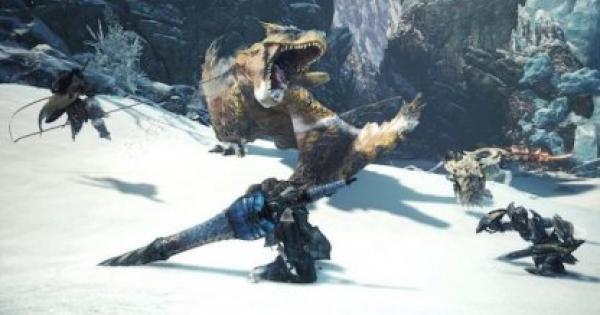 Read to find all you need to know about Monster Hunter World: Iceborne Beta Test; including the beta schedule, applicable accounts, and how to enter the beta!!!

A week before the launch of Iceborne, players get a chance to face off with Velkhana, the new Elder Dragon, in the new MHW: Iceborne demo & beta test.

How To Play The Beta Test

First, download the "Monster Hunter World: Iceborne Beta" from the PlayStation Store. The pre-download will be available from June 19th.

The 3rd Iceborne beta test will have 4 quests instead of the normal 3. When these quests are completed, Hunters will receive a commendation pack that they'll get once Iceborne has launched.

Quest difficulty will increase depending on the number of players, with different tiers for solo, pair, or group play.

What To Do In Beta Test

In this beta test, solo and multiplayer session will be available to play. However, you will be unable to join a quest in progress during the beta.

You will also be able to try the newly added Clutch Claw function on your Slinger. You will be able to grapple onto your target and steer their movement patterns!

Your Slinger fire functionality has been updated with new action; allowing you to weave shots between your attacks or unload all your pellets to sweep the monsters off their feet!

New Actions And Combos for Each Weapon

All existing weapon types have additional actions and combos to pull off in combat; allowing for even more diverse ways to take down your target!

You can summon Tailraider monsters you make friends with to ask for assistance; they will carry you on their back and track your target with you!

With the addition of the View Mode, you will be able to take screen captures of your favorite moments during the hunt to share with your friends!

Can You Carry Over Character Customization?

Beta Will Only Have 6 Premade Characters

The beta will have 6 male, female and Palico premade model for you to choose from when customizing your character. You will not be able to custom craft your character or carry them over to the official release.