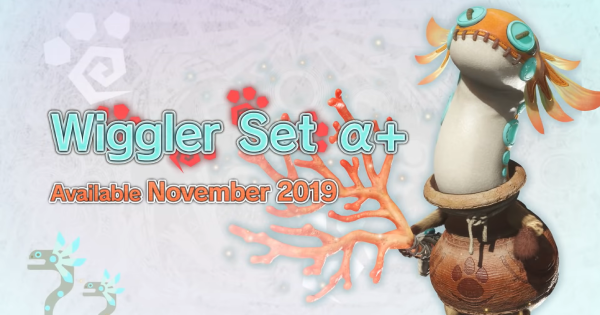 In this event quest, you'll need to capture a Coral Pukei-Pukei to complete the hunt successfully. In doing so, you'll be rewarded with materials that'll let you craft new Palico Gear!

The Wiggler Set α + is the winner of the design contest Capcom launched before the release of Iceborne. By completing the event quest, you'll get crafting materials to create this unique Palico gear.

What Is The Weapon Design Contest

Before the launch of Monster Hunter World: Iceborne, the developers announced a design contest which will be created and published alongside the game. Fans from all over the world had the chance to submit their weapon & Palico Gear designs!