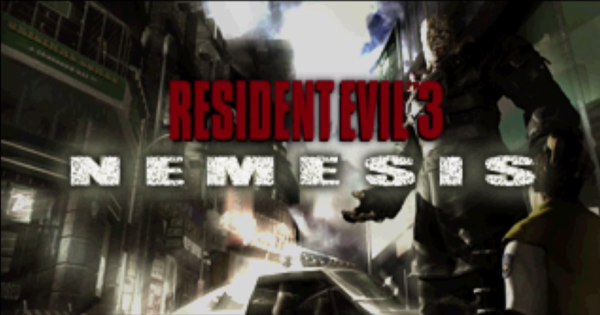 Story Walkthrough In RE3 Remake

Story Walkthrough In RE3 Original

*Play as Jill or Carlos as story progresses.

What Is The Resident Evil 3 Nemesis Campaign?

RE3 Nemesis is a single player campaign game that focus on the horror & survival aspects, putting emphasis on resource management and making split decision making.

For those that want a more casual experience, there is a Easy mode available with ample ammo and auto evade. For a full hardcore experience, play the Hard mode.

Hard Mode Vs Easy Mode In RE3 Nemesis

RE3 Nemesis introduced a new Gunpowder reload system which lets players choose which ammo they want to make by combining gunpowder A & B. Handgun to magnum ammo can be made out of the right combinations.

New to the franchise, RE3 Nemesis introduces a event decision system that has the player make in-game decisions on how to handle the situation. Some options will affect the story ending.

Play As Carlos At The Hospital

Reminiscent of RE2, RE3 Nemesis also featured a character swap in the game, though its not as prominent in RE2. You can play as Carlos in the Hospital part of story.

Jill and Carlos has different list of weapons available. Jill's starts with M92F and gain access to grenade launchers, while Carlos uses the Sigpro SP2009 handgun and mainly uses the Assault Rifle.

As you move through the story, remember to collect documents & photos known as Files scattered around the map. These are snippets of story of the victims or key players of the outbreak. Picking all of them up will unlock Jill's Diary for new playthrough.

There's plenty to do even after beating the game! Challenge the Mercenaries mode, buy new secret weapons, improve your rankings and more!

Jill Valentine attempts to leave Raccoon City, and is joined by Brad. However, Brad is killed by a mysterious monster, forcing Jill into the RPD. There, she picks up a message and proceed to city hall to meet up with strangers.

After moving around through City Hall, Jill met up and decided that it was best to stick together with umbrella mercenaries to active a Cabin Car to leave the city. However, its missing a lot of parts.

After getting the cabin car to work, the attempt to escape was foiled by a stowaway: Nemesis. Luckily, the car rams into Clock Tower, where a mercenary evacuation can be triggered if the bell is rung.

Carlos Tries to Save Jill By Finding A Vaccine

After the disastrous encounter, Jill is infected with an unknown virus, but a vaccine is expected to be in the hospital. Carlos went there to find it, but also uncovers a dark secret about Nicholai.

After being saved by the vaccine, Jill heads over to the park towards a secret umbrella factory, but is met with an old terror that tunnels the earth.

Jill attempts to reach out to another helicopter rescue, but the Nemesis keeps appearing in new forms to stop her. Jill must face her Nemesis if she is to get out the city before it is lost to cleansing fire.