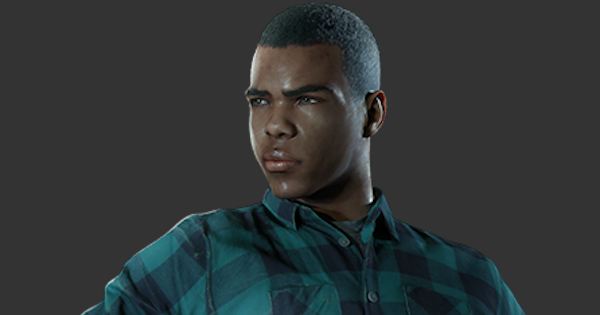 Check out this RE3 Remake (Resident Evil 3 Remake) character guide for Tyrone Henry in Resident Evil Resistance. Find out character skills, how to play, tips, and more!

Check Out All Resistance Characters Here!

Tyrone has high defense and excels in close-quarters combat. Working for the Raccoon City Fire Department, Tyrone went to fight a fire at an Umbrella Factory, and was never heard from since. The fire department reported him as killed in the line of duty.

Tyrone will be able to rally his teammates and boost their morale. This will increase the whole team's defense for a set amount of time. Perfect for when dangerous enemies appear such as the Tyrant or G-Birkin!

Tyrone will be able to attack enemies in front of him with a powerful kick.

Tyrone will sustain reduced damage from traps in the stage.

Will automatically restore some health when you are low on HP.