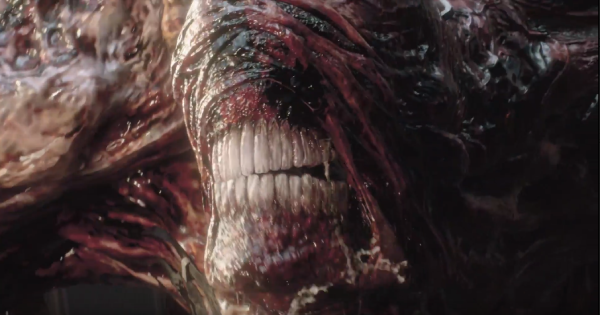 Check out this guide on how to beat Nemesis 2nd Form (Stage 2) boss fight in Resident Evil 3 Remake! See Nemesis's weakness, mechanics, and tips on how to beat & kill in RE3 Remake!

Face Nemesis at the Clock Tower

You will face Nemesis in the Clock Tower stage of the game. This is an unavoidable boss fight, so be ready and stock up on herbs and ammo!

It is recommended to bring along the Grenade Launcher with you to this boss fight as it is highly effective against Nemesis in its second form. Be sure to bring along Mine Rounds to the fight as well!

Check Out the Grenade Launcher Here!

Keep Nemesis In Your Sights

From a bipedal creature, Nemesis will drop on to all fours during this boss fight. It will start to move much faster and can be harder to keep track of. Try your best to keep it in your sights to avoid getting hit in your blind spot!

Plant Mines Around the Area

Use the Grenade Launcher to plane mines around the stage. Since the Nemesis moves quickly during this fight, it can be hard to keep track of it. Planting mines around the area will help you damage it without needing to fire directly at the hard target.

Mine Rounds Found Around the Map

You can find some Mine Rounds lying around the stage if you ever run out. Some Mine Rounds are hidden inside police cars, so you may need to lure and make Nemesis destroy the car for you.

After enough damage has been done to Nemesis, it will fall to the ground and be vulnerable for a few seconds. Shoot at the exposed organ from its chest to deal massive damage. You can use a hard hitting weapon like a Shotgun or Magnum to conserve your Mine Rounds.