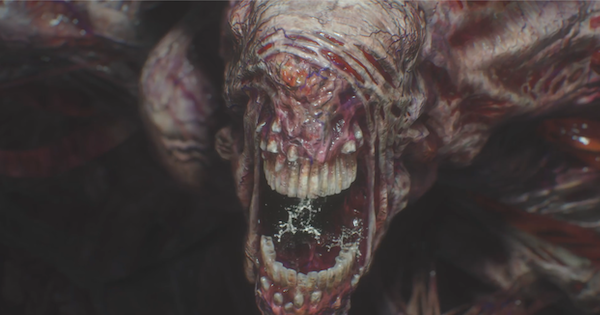 Check how to beat Nemesis 3rd Form & Final Form (Stage 3, 4) boss fight in Resident Evil 3 Remake! See its weakness, mechanics, patterns, tips on how to beat & kill in RE3 Remake!

Bring All The Firepower You Got

Explosive Rounds from your grenade launcher will stagger Nemesis. Follow up this attack with shotgun blasts or Mag shots.

Carlos Will Arrive To Help Spotting

After Carlos appear to help, listen to the number he calls out. Shoot the red panels on the cylinder of that number to stun Nemesis.

Get Rid Of Zombies Fast

Zombies will sporadically appear when fighting Stage 3 Nemesis. They will latch on to you allowing nemesis attacks to hit so take them out quickly if you can.

Check Out How to Kill Zombies Here!

Nemesis roar attacks are now more deadly as Nemesis will combo it with his charging attacks. Move away as much as possible even when slowed.

Focus On Dodging When Berserk

After being dealt a lot of damage, nemesis will enter a nimble enraged stage and will attack with its wide left arm attack. Focus on evading or you'll die fast. Use any leftover grenade launcher ammo here for staggers and damage.

Handgun Is All You Need

Unlike all other fights, a handgun is all you'll need for this battle. You'll be pinpointing weak spots on Nemesis to stun it. A Dot Sight is a must.

Check Out The Handgun Guide Here!

Final stage Nemesis deals more damage than other forms, bring you down to Danger easily. Bring all the healing items you have left for this fight.

This fight will revolve around the Rail Gun. Interact with it first to start the real fight.

Rail Gun can be recharged by pushing in the power cylinders on the walls. Hold down to push it in. There are 3 cylinders you need to push in.

Down Nemesis First Before Attempting

Nemesis will not stop his attacks when you push cylinders in. Shoot all the weak spots on Nemesis to stun it so you can push cylinders without dying.

If you pop one of the weak spots, acid will spurt out. Pay attention to where acid land and dodge if needed.