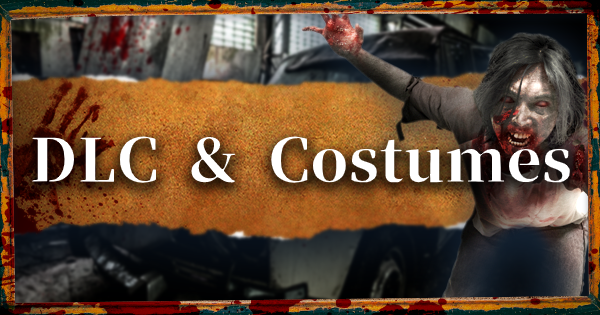 Read this RE3 Remake (Resident Evil 3 Remake) guide to learn of any incoming DLC or expansion packs. Includes latest news on new contents, new costumes and skins, and more.

Aside from the Jill joining RE Resistance as a Survivor, a new roadmap has been posted, featuring a new Mastermind, coming to the game! Nicholai Ginovaef will be a join the Mastermind team in May 2020.

Jill to Appear In Resistance

Jill Valentine is set to make an appearance in the Resistance game mode! A free update for Resistance will allow players to play as Jill on the Survivor Team! As a Survivor, she can utilize the dodge to evade incoming enemy attacks, & use powerful S.T.A.R.S weapons!

Check Out The RE Resistance Guide!

No Other DLC Costumes As of Now

As of the time of writing, no other DLC costumes have been announced. Check back soon as there may be announcements in the near future!

Additional Contents For the Game

DLC or "downloadable contents" are extra features & contents that are not part of the base game. DLC will need to downloaded separately from the base game for players to be able to enjoy their contents.

Can Come In Different Forms

DLC will come in several different forms. These can range from cosmetic options such as alternative costumes, new game modes, or even new single player story contents!

Possible Event DLCs In The Future

Capcom, the developers of the game, are known for their crossover events, usually linking together different franchises. Additional content may even include known IPs such as Monster Hunter! So better watch out for these events as they are usually free but time-limited!

But why would you buy the unlock key? Its pretty short anyways and the only way making it longer is by completing the challenges etc...

I wonder if they will give us an unlock key for the unlockable content like they did with RE2.
I actually liked that