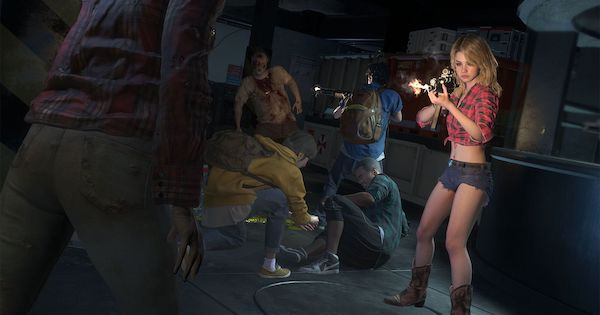 Read this RE3 Remake (Resident Evil 3 Remake) guide to learn more about Resistance characters! Find a full list of survivors and masterminds as well as a list of skills, background info, and more!

Check Out the RE Resistance Guide Here!

Check Out the Survivors Guide Here

Check Out How To Play Mastermind Mode!

A former professional boxer that sustained a career-ending injury in a boxing match. He has recently heard of a new medical trial which might be able to heal him. He decides to participate in the trial, but has not been heard from since.

A master hacker who was investigating illegal dealings between Umbrella Corp. and the RPD. However, she suddenly disappeared, without being able to pass on her findings to anyone.

An intern for the Umbrella Research Team. Her roommate recently began to suffer from a memory disorder. She began searching the cause for the disorder, but was kidnapped before finding out the source.

A member of the Raccoon City Fire Department, Tyrone disappeared after heading off to fight a fire in the Umbrella factory. He was reported killed in the line of duty by the Fire Department.

A Park Ranger that was responding to a report when she was attacked by a pack of monstrous dogs. She awoke in a strange testing facility after the incident.

An engineer at a medical appliance supply firm, he was sent to do some repairs at equipment in the Spencer Memorial Hospital. He caught a glimpse of a secret testing facility while in the Hospital and was then apprehended.

Mainly a fixer, Daniel's role was to mostly procure test subjects and ready experimentation sites. Though not a scientist, Daniel is able to take control of zombies and other monsters. He is the only Mastermind that can take control of the Tyrant monster.

The co-creator of the G-Virus, Annette Birkin is a talented scientist who is able to bring out the potential of creatures that she deploys with a variety of injections. She is also able to call on her husband, and take control of G-Birkin on the field.

The lead director of this experiment, Alex Wesker is able to set traps along the map. In addition to this, she is the only person that can utilize the Yateveo bio-weapon, a plant-based weapon which resembles the Ivy and Plant-42.

The founder of Umbrella Corp. Ozwell uses his company's advanced technology and machinery to overwhelm subjects during the experiment.