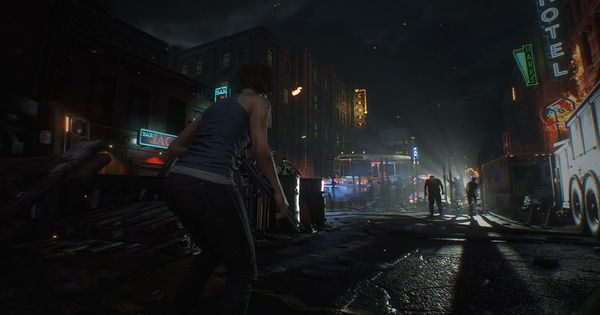 Jill Valentine Playable For RE Resistance in April 17th Update

As announced in on the RE Resistance Official News, Jill Valentine will make her way to Resident Evil Resistance as a playable character in the upcoming free update. This Update is planned for release on April 17th.

Jill Valentine will be available as a survivor starting April 17th, but rest assured that more content is coming over the next few months! pic.twitter.com/wxdWyBy7G4

A new roadmap has also been posted on Resident Evil's official Twitter page, detailing new survivors, masterminds, and contents coming to the game!

A demo version of the RE3 Remake is confirmed to arrive on March 19, letting players get a glimpse of the actual gameplay.

Discount For RE3 Remake At Amazon

For a limited time, Amazon is providing a 10 USD off discount on PS4, XBOX ONE pre-orders of RE3 Remake. If you're looking to get the game for console, now's a good time. Unfortunately for PC, Steam hasn't caught up with the offer yet.

Feel The Wrath Of The New Nemesis!

Catch Resident Evil 3's iconic Nemesis in action in the latest trailer! It has new weapons like a flame thrower and can use the tentacles more effectively to move around!

A special Collector's Edition with a Jill figures and more has been announced. Pre-orders for PC, PS4, XBOX ONE also started, with a special costume pack provided to all those that pre-ordered.

Price may vary based on vendor

Z version refers to the "Adults only 18+" age-restricted version of the game, available in Japan. As it has a higher age restriction, it is more gruesome and disturbing graphics than the standard Remake. It might be available in the future for western audiences.

The game's steam page has been updated to display the game's PC system requirements. Keep in mind that the requirements are still incomplete as the recommended specs are still blank.

Resident Evil 3 Remake is to be released on April 03, 2020, and will arrive on PS4, XBOX ONE, and PC (Steam). The game has both physical & digital copies, though only digital copy will be available for PC.