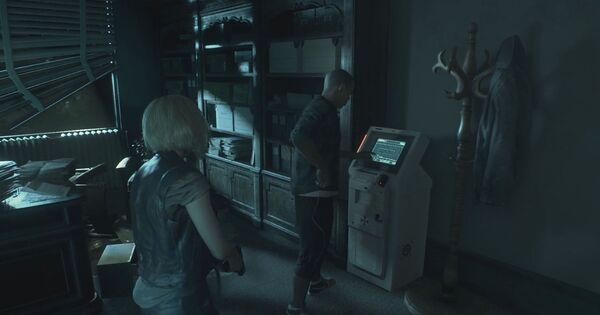 Resident Evil 3 Remake | RE3 Remake
Is There Multiplayer, Online Mode?

Read this guide to find out if there's Multiplayer, Online mode in Resident Evil 3: Remake. See if multiplayer exists, and what kind of multiplayer modes there are in RE3 Remake.

Is There Multiplayer, Online Modes In Resident Evil 3 Remake?

There are no announcements regarding multiplayer or online mode for RE3 Remake's story campaign. Considering that no such feature exists in past games even for RE2 Remake, the chance of a multiplayer campaign is slim.

The multiplayer PvP game: Resident Evil Resistance is bundled with the purchase of RE3 Remake. Though its a separate game, it shares the setting and some elements of the franchise, making it the multiplayer spin-off of the series.

Team Up To Escape From Mastermind Player!

Resident Evil Resistance will pitch 4 survivor players against a Mastermind player. Their goal: escape the stages before the time runs out, dealing with traps and enemies set by the Mastermind player to slow them down.

Pick From Characters With Unique Abilities

Both survivor & mastermind players can choose from playable characters with unique abilities. Some survivors has the ability to disrupt Mastermind cameras or heal players, while mastermind Daniel can call in the Tyrant at this disposal!

A single player experience for the RE Resistance is also included in the game. It will be more narrative focused than the online mode, so don't worry if PvP isn't your thing.