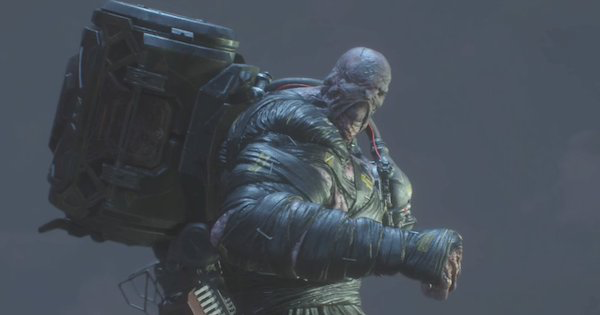 Check out this guide on how to beat Nemesis 1st Form (Stage 1) boss fight in Resident Evil 3 Remake! See Nemesis's weakness, mechanics, tips on how to beat & kill in RE3 Remake!

How To Beat Nemesis - 1st From (Stage 1) Boss Fight

The battle on top of the Demolition building is a boss fight and cannot be avoided. Bring ample amounts of ammo and healing items for this fight.

Shoot The Canister On Its Back Early In Fight

You must first destroy the canister on Nemesis's back to progress. Target it using a handgun with the Dot Sight custom parts.

Early in battle, Nemesis's attack will be slow and telegraphed flame thrower attacks, which can be easily dodged by strafing around it. Aim for its back weak spot and chip away.

Stun It With Circuit Box

A circuit box is placed in the map and can be triggered to stun nemesis. It recharges after a while to be used again. Don't trigger it too close or you'll be affected as well.

The flamethrower has a decent range & wide attack that is easy to dodge from afar. Maintain distance and you'll do fine against it.

Nemesis will barrage the area with flame barrage after a while. This attack restrict movements and deal heavy damage with the lingering flame on the floor, so stay nimble and focus on not taking damage instead of attacking.

Nemesis will swap to melee and charge tactics after its canister was destroyed. Kite him around the terrain and use dodge to avoid its charge attacks.

Attacks Prior To Destroying Fuel Tank