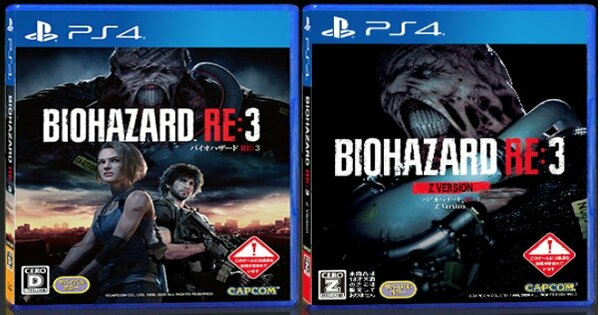 Resident Evil 3 Remake | RE3 Remake
What Is Z Version - Differences

Read this guide to find out what are the Z version of Resident Evil 3 Remake. Find out what Z version stand for, its origins, and in-game differences in RE3 Remake.

What Is Z Version Of RE3 Remake?

What Are Z Version Differences?

Even More Gruesome Than Base Game

While the base Resident Evil 3 Remake is rated at "Mature 17+", the Z version is actually rated as "Adults Only (18+)", meaning it will contain more gruesome or disturbing graphics than the base game.

Same Pre-Order Bonus As Base Game

The Z version will feature the same pre-order bonuses and the included contents as the base game. Choose which versions you want based on preference as you're not missing out on base content.

The data for Z version and the base game is separate and noninterchangeable. You cannot use a save from Z version on a base game and vise versa.

Z Version Of RE Resistance Unknown At This Time

Should I Choose The Z Version?

Depends On Your Gore / Horror Preference

The Z Version is a higher age-restricted version of the base game, so there's bound to be more unpleasant or disturbing graphics. You should check your preference on gore & horror elements before pulling the trigger.

As there are less censoring on the Z version, it will provide a more raw and realistic view of the horrors in Raccoon City. If you are a fan of unfiltered raw realism experience, Z version may make your day.