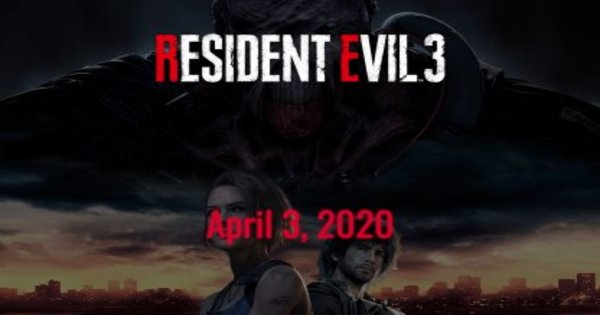 Find out the release date of Resident Evil 3 Remake on which platform! Includes info on RE3 Remake release date, whether or not there will be delays or release push back & more!

Resident Evil 3 is announced to be released on April 03, 2020, and will arrive on PS4, XBOX ONE, and PC (Steam). The game has both physical & digital copies, though only digital copy will be available for PC.

RE Resistance Also Bundled In

The multiplayer- PVP experience set in the Resident Evil Universe: RE Resistance also comes with the RE3 Remake. it will be available on the same time as the RE3 Remake.

No Switch Version As Of Now

There are no Switch version of the Remake as of now. When it will arrive has not been announced yet, but is probably even before RE2 Remake gets a Switch version.

Is There Nintendo Switch Version?

A Collector's Edition is also available for purchase, including custom items like the Jill figures and more. Note that you may not get the collector's edition on release date based on Shipping & delivery time required.

A stricter age-restricted version of the Remake game, known as the Z version, is available for players in the Japan region. It has a tougher age-restriction, thus has more gory & disturbing graphics than the standard game.

Is There Release Push Back, Delay For RE3 Remake?

No Delays Promised By Developers

In an interview, the producers of the RE3 Remake stated that there will be no delays or push backs for the RE3 Remake's release date. As the game is mentioned to be 90% finished as of December, a delay is highly unlikely.