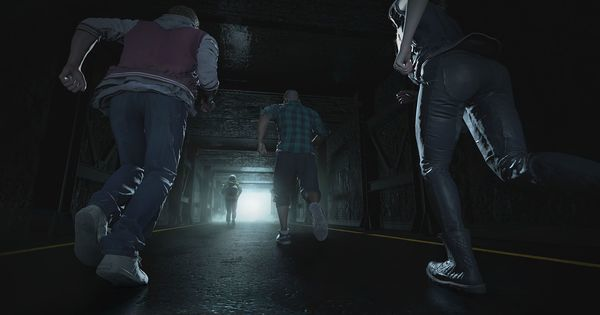 Check out this Resident Evil Resistance guide! Learn about RE Resistance's multiplayer gameplay, characters and Masterminds, single player mode & more in RE3 Resistance.

News & Updates For RE Resistance

Jill Valentine Playable For RE Resistance in April 17th Update

What Is Resident Evil Resistance?

Team Up Online To Escape From Mastermind Player!

RE: Resistance is an online multiplayer PvP game set in the Resident Evil universe, where a team of 4 kidnapped Survivors must escape stages set by 1 Mastermind player within the time limit to win.

Check Out How To Play RE Resistance!

For the survivors to win, they must escape all stages in time - they need to solve puzzles, fetch key items, and avoid time loss through death. For the Mastermind player to win, he/she will set traps, call in monsters and zombies to delay survivors until the clock runs out.

Comes Bundled With RE3 Remake

RE Resistance comes bundled with Resident Evil 3 Remake, meaning that a RE3 Remake purchase will also get you a copy of RE Resistance.

Collector's Edition - Which Edition Should I Get?

Is There Single Player & Crossplay?

It was confirmed by game producer Masachika Kawata in an interview that RE Resistance includes a single player mode that will focus more on the narrative component. Players not fond of multiplayer modes can still have fun with the game.

Crossplay Function Yet To Be Announced

Whether or not RE Resistance will have a Crossplay Function is yet to be announced, but consider that the game will be out on PC (Steam), PS4 & XBOX ONE, there is a possibility that Crossplay will be included in the final release.

The Mastermind don't attack survivors directly. Instead, it monitors their movement through security cameras, and use Cards to place all sorts of traps and monsters to slow them down. Resource management & timing is key as cards cost resources.

Check Out How To Play Mastermind Mode!

RE Resistance will feature a in-game broadcast system where the mastermind can shout out to the survivors through speakers. Whether its witty villainous remarks or simple taunts, it'll definitely spice things up for the gameplay!

Survivor can choose from 6 characters to form a team of 4, providing multiple assets to their strategy when completing puzzles and dealing with monsters. Deal with security cameras along the way to plan your escape.

Check Out the Survivors Guide Here

Player's actions will increase or decrease the time limit. Solving puzzles, meeting objectives and moving to new stages increases the timer, while death will massively decrease it.

It was announced that the game will feature a level-up system for the survivors. Rewards may include increased ranks and new abilities, as well as more HP and damage.

Survivors & Mastermind will duke it out on many maps that differs in themes. Currently, there's the Casino & the Abandoned Theme-park, each having distinct different elements and puzzles.