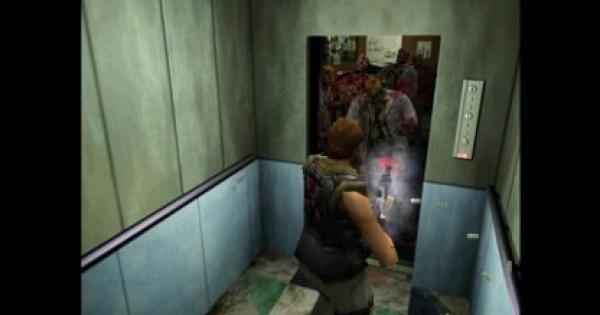 The weapon must have the versatility to deal with different situations, whether its zombie mobs or roaming monsters. Weapons that are too specialized will force the player to carry additional weapons, wasting precious space.

The weapon's ammo availability is considered in the criteria, as it directly affects how long can the weapon be used. If ammo is always scarce, the weapon can't be used to its full capacity no matter how good it is.

Who's faster? Jill trying to shoulder this big rocket launcher, or nemesis's acid?

Weapon must be easy to use and operate. Weapons with long aiming time or random/ unstable trajectory will hurt the user in critical times, so operating ease is included in the criteria.

Versatile, powerful and abundant in ammo, the shotgun is the only weapon you need except for fighting bosses, which it can actually pull off. This makes the shotgun the best weapon in the game for its ability to deal with threats.

Grenade Launcher's ability to load different ammo makes it the most optimal in fighting bosses, while its grenades can kill all monsters in 1 shot. It even saves you a inventory slot as same grenade type all fit inside the weapon!

A Grenade Launcher with Freeze Rounds is the best weapon against Nemesis, taking it down in 7 ~ 8 shots. You will need to bring it down 2 times to "kill" it for the encounter, however.

While many players swear by the Magnum, its rare ammo and reliance on gunpowder mixing for ammo makes it difficult to run for the long term. Needing more ammo to kill bosses compared with G. Launcher also amplified this flaw.

A steady lead shooter, the assault rifle has little to no recoil allowing for a consistent barrage down its barrel. Its good against everything that's not a boss, which then its damage output is inefficient to down them fast.

you can buy a special unlimited ammo version of Assault Rifle by gathering up 2000 cash in the Mercenaries mode. Then, you can use it in any later replays of the game.