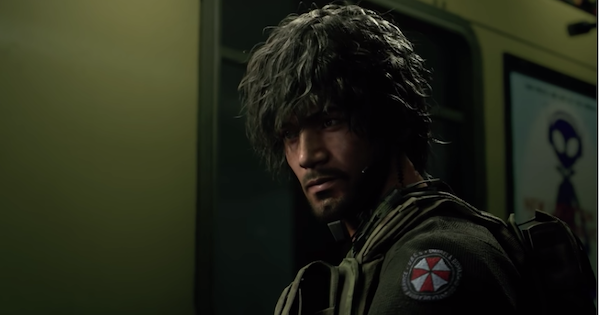 The assignment Umbrella gave U.B.C.S was simple, being a collection of veteran mercenaries from around the globe.
Carlos had fought countless battles as a guerrilla fighter - there's not a weapon he can't use, and few vehicles he can't pilot.
However, upon entering the city the platoon found a situation far more dangerous than before - A mysterious virus was spreading, and the platoon was all but wiped out in less than two days.
Still, Carlos will not back down, determined to rescue as many surviving citizens as possible. Time to head back out into the streets of Raccoon City and look for more survivors.

Quoted from RE3 Remake Official Site

Carlos is modeled after Benson Mokhtar.

Who Is Carlos Oliveira?

Umbrella's Mercenary With A Kind Heart

Carlos Oliveira is a new character first introduced in the Original RE3, being a part of Umbrella's elite mercenary unit. Carlos was previously a Guerrilla fighter, making his courage and motives to save people a stark contrast to his employer's true agenda.

Carlos received a completely new design from his old appearance in the original, featuring a more masculine and serious look. His weapon is still the iconic M4A1, however.

Costume Pack For Carlos By Pre-Ordering

Want the old Carlos back? Get the classic costumes back featuring Carlos & Carlos's outfit in the original game by pre-ordering the game! Note that the costumes are cosmetics only.