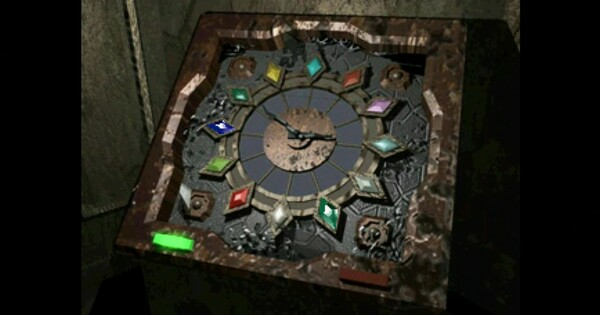 Click on the locations to jump to them fast!

The dead mercenary caries both File 8 and handgun ammo, but you must search the corpse twice to get them all. Interact with it twice.

2. Gunpowder B On Corpse Near Wrecked Bus

Gunpowder B can be found by looting the corpse next to the barricades, but may be hard to reach with all the dogs swarming around.

Come Back For Gunpowder B

As you move here from the police station, it is likely that you don't have much spare inventory space. You can go into the garage first, deposit your stuff, and come back with a knife to handle the dogs.

1. Run Past the Zombie Dogs

The zombie dogs here can be dodged away without spending ammo. They seem to disappear the next time you come back here, so no need to engage them.

Pick Up the Downtown Map

Downtown Map can be found near the entrance, on the left wall. Pick it up, and leave through the left. A Stinger will appear when you reached middle. It can be avoided with minimal damage if you run to the door fast enough.

2. Gunpowder A On Dead Mercenary

A gunpowder A is on the dead mercenary, but getting it would mean you must fight the stingers. Using shotgun up close will end them in 1~2 shots.

Different Events Based On Which Location You Go First

Events will play out differently at this section of story based on your choice to go to restaurant or Press first. This is purely based on player choice.

We recommend going the restaurant route as it is larger and provide a better fighting ground for our next task: taking down the Nemesis so it won't stalk us for this part.

2. Bring Your Magnum/ Grenade Launcher For Next Phase

We're going to take down Nemesis to make things easier in this phase of things, so bring your Magnum/ Grenade launcher and a lot of shotgun ammo before proceeding!

3. Also Have Lockpick In Inventory

Lockpick will be required to pick the locker lock. Have it in your inventory before going back to the restaurant to get the Fire Hook from the locker.

4. Choose "Hide In The Kitchen" For A Free Nemesis Knockout

Choosing "Hide In The Kitchen" option will cause the gas to explode, instantly knocking out nemesis. It isn't dead however, and will stalk you if you leave the area. You must knock it out again to prevent this.

This is a rare chance to have an extra hand in taking down Nemesis with Carlos by your side! Stick Around in restaurant to awaken it. Don't leave the restaurant or Carlos will depart!

Game Over If Carlos Dies

If Carlos takes too much damage and dies, its a game over. However, he is quite tough so its not hard to take Nemesis down before that happens if you're using the right weapons.

Pick up the Blue Gem from the safe room and place it into the City Hall Clock to save inventory and prevent a backtrack to retrieve it.

Next to the city hall door, a corpse there has 30 rounds of pistol ammo. Be sure to pick it up before leaving.

Push The Ladder Toward Vending Machine To Open Shutter

Push the ladder toward the vending machines and them jump on top of it to access the shutter controls. Open the shutters to move up to the 2nd level for the Green Gem.

Loot The Press For Supplies

Go back and put the Green Gem into the clock for the lock to deactivate. You can now proceed to meet up with Carlos.