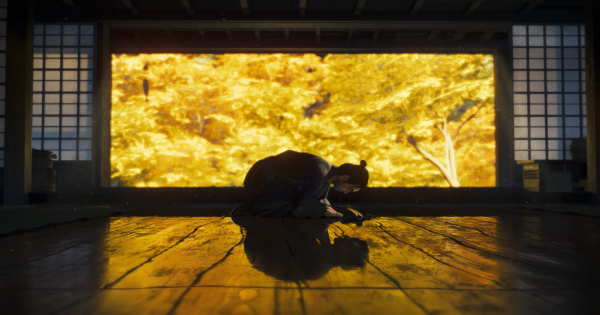 Check Out The State Of Play Breakdown Here!

It's recommended for players to purchase the Digital Deluxe Edition as it will give you the most bang for your buck! It offers more rewards than the Special Edition for the same price!

Check Out The Best Edition To Buy Here!

Ghost Of Tsushima Has 5 Editions

Ghost Of Tsushima will have 5 different editions available at launch. Each edition features rewards and goodies, with higher tiered editions offering more rewards to players. The five editions and their prices are listed below.

The Ghost Of Tsushima is planned to release on July 17, 2020. It is set to be released on the PS4 as it is a Sony exclusive title.

Check Out The Release Details Here!

Will It Release On PS5?

It's still unconfirmed whether Ghost Of Tsushima will release on the PS5. However it is highly likely that the game will be making its way to the next-gen console. This is because it is a first-party Sony game, and the PS5 is confirmed to be backwards compatible.

Check Out If It Will Release For PS5 Here!

Will There Be DLC?

It's still unconfirmed as to whether the game will be receiving any DLC post-launch. However, players who pre-ordered the game will receive some downloadable contents in the form of in-game items and cosmetics!

Check Out If There Will Be DLC Here!

Is The Game Open World?

The Island Of Tsushima Is Open World

Ghost Of Tsushima is an open world game. You will be able to explore the island freely. The game also gives you your own horse and a fast travel system to get around the map faster.

The developers have also worked hard to make the game as immersive as possible. Instead of relying on a hud or minimap, the world will give you visual cues to lead you to your objectives. These include a guiding wind, smokestacks, and even wildlife!

Ghost Of Tsushima has been confirmed to feature two voiceover languages: English and Japanese. You can switch between the two language settings in your settings menu.

How Long To Beat The Game?

Depending on the player's play style, the game will take roughly 30 ~ 50 hours to complete. Aside from the main story, there are also side quests and secrets that players can discover and complete before reaching the game's end.

Check Out How Long To Beat The Game Here!

No New Game Plus

The game does not have a new game plus feature, meaning you cannot restart the game with your late-game equipment. However, there is a possibility that this feature may come in the form of an update in the future, as several games have done so in the past.

Explore Before Finishing The Game

Before progressing to a certain point in the game, try to complete available side quests and collect rare items and collectibles. They may give you an edge in your upcoming battles and may even net you some sweet Trophies and achievements.

Learn How To Use Guiding Wind Navigation

Based Off The Mongol Invasion Of 1274

Ghost Of Tsushima is based off of the historical Mongol invasion on the island of Tsushima. The game takes place after the events of the first invasion. Take control of the young lord Jin Sakai as he exacts his revenge on the Mongol empire.

Antagonist Is Based Off Kublai Khan

The game's main antagonist, Khotun Khan is based off of the real leader of the Mongols, Kublai Khan. Just like his real life counterpart, Khotun Khan uses his knowledge of the Samurai, and the tradition and culture of Japan to defeat his adversaries.

The game features three different difficulty settings. These are pretty straightforward and will dictate how hard the game will be for you. You will set the difficulty before starting, but can change it mid-game if you want a harder or easier experience.

Does Not Affect Enemy Health

Difficulty will not affect the enemy's health, but will alter other conditions. This is to preserve the lethality of Jin's Katana.

Ghost of Tsushima has a very simple yet adaptable control scheme, and will allow you to adapt to many combat scenarios. Click on the link below to see the full control key binding & button layouts!

Players can choose how they approach every encounter by adopting one of two playstyles. They can either carry out objectives as an honorable samurai or as a dishonorable ghost. Both of these styles have their unique gameplay mechanics.

More On Leader Location & How To Observe

Playing As The Samurai

Playing as the Samurai will have you facing your enemies head-on. Partake in tense standoffs, parry and counter incoming attacks, switch up your stance to defeat a variety of enemies, and more!

Playing As The Ghost

Playing as the Ghost will have Jin take a more unconventional approach to fighting enemies. He will hide in the shadows and use distractions in order to assassinate enemies. Jin can even use the enemy's fear to gain the upper hand.

Face Down Enemies In A Standoff

You may also choose to challenge your enemies to an Standoff duel.Time your attacks as the enemy is about to strike to cut them down in a single blow!

Switch Between The Two Playstyles

Keep in mind that you will not be locked into a single playstyle while playing the game. You can freely choose to play whichever style you want. If you feel like switching styles for a particular encounter, you will be free to do so.

Special Bar Above Your Health

The yellow orbs located above your health bar at the lower left portion of your screen is your character's resolve. Using your resolve will allow you to do a number of things during encounters.

Use Resolve To Deal Massive Damage

On the other hand, if you are facing a particularly difficult enemy, you can opt to use your resolve to deal devastating damage to an enemy. This is perfect for enemies that seem to have an answer for every one of your attacks!

Use Your Resolve To Heal Yourself

Is There A Karma System?

The game will not feature a karma system. The developers have decided to give players a single and coherent story that will not be influenced by your choices and actions.

Check Out If There Will Be A Karma System Here!

Will Not Be Released On PC

The game is not set to be released on the PC, and therefore has no system requirements listed.

Check Out If It Will Release For PC Here!

Dress Jin For The Occasion

Players can outfit Jin with different armor sets and pieces. The armor equipped will also influence how well Jin is able to perform certain playstyles. For example, a heavier armor set will defend him better during head-on encounters, while lighter sets keep him more mobile when sneaking.

Aside from Jin's armor, you will be able to equip Omamori Charms to Jin. These will alter and enhance his abilities when in and out of combat.

The Sakai Steel is the only katana that you will have in-game. It is a family heirloom passed down from generation to generation in the Sakai family. This katana will grow alongside you as you progress through the game and upgrade it.

Check Out The Katana Guide Here!

Aside from your trusty Katana, a variety of ranged weapons will be at your disposal when facing the Mongolian army. Choose from a variety of bows and kunai in order to dispatch your enemies from a distance!

Upgrade Bows At The Bowyer

Ghost of Tsushima does not have any online co-op and multiplayer as the game is built with single player experience as the sole focus. However, it is still unknown if the game will have online components to accompany the singleplayer adventure.