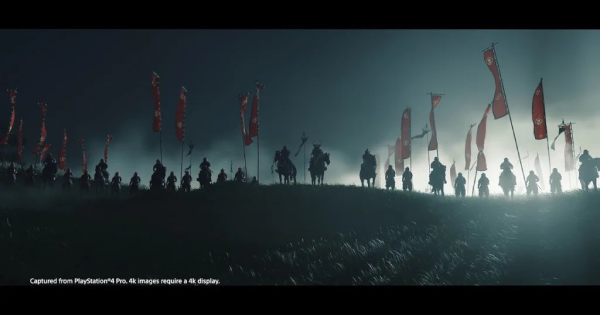 How Will You Take Part In The Story?

Play As Jin, The Ghost Of Tsushima

In Ghost of Tsushima, you control Jin, a young Samurai brought up to be the honorable guardian of the people of Tsushima, whom which also took part in the defense against the first Mongolian invasion. Seemingly killed in the battle and dishonored, Jin scarcely survived the massacre and vowed revenge on the invaders portraying himself as the Ghost; a revenant warrior returned from the dead to avenge his people, no matter the cost may be.

Takes Place After The First Mongolian Invasion Of 1274

The Ghost of Tsushima takes place in 1274, on the feudal island of Tsushima, in 13th century Japan. During this time, tensions between the Japanese Shogunate and the Mongolians have peaked due to the latter's military expansion throughout Asia. As one of the young lords of Tsushima, you are first tasked to defend your land from the horde of invaders in the beginning of the story.

Events Of The First Mongolian Invasion

The Shogunate repeatedly declined the Mongolians and their request for submission under their rule, which led to their first full scale invasion on October 1274. The Mongolian army arrived on Tsushima's shores, bringing over 30,000 soldiers and 450 warships. The Japanese's defense was led by Sukekuni So, deputy governor of Tsushima. The Japanese stood their ground even with vastly undermanned defense. They were eventually overwhelmed by the Mongolian's vast numbers and superior military equipment, and were massacred. This battle was later known in Japan as Bun-ei-No-Eki (文永の役).

Events Of The Second Mongolian Invasion

After a retreat to tend to their tired soldiers, the Mongolians returned to Japan once again in 1281 with an even more massive fleet and army of 150,000 soldiers and 4,400 warships. The Japanese Shogunate, fought fiercely to repel the invaders and keep them ashore. As the fight between the parties raged on, a huge hurricane was said to hit the coastal areas of Japan, and delivered a devastating damage to the Mongolian Fleet of which is told to have been obliterated in a single night. This miracle of a storm has been fabled down the history still to this day as the divine wind: kamikaze. This battle was later to be known as Kou-an-No-Eki (弘安の役).