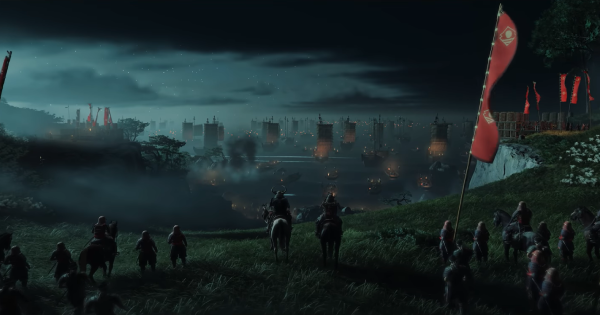 The following articles below provide invaluable information before you start the game. Even after clearing Ghost Of Tsushima, you can still go and take Side Quests and gather Collectibles. However, there are some points in the game that locks you to whatever choice you make, like choosing your horse.

Check Out The Points Of No Return Here

What To Do After Beating The Game?

Check Out The Endgame Contents Here!

Main Story Is Up To 30 Hours

Playing the game on Normal, while taking care of some Side Quests and collecting resources for upgrades, will take about 30 hours to finish the game. Playing it on Hard difficulty does increase the play time as you may need to be more careful regarding your movements and your upgrade path.

> How Long To Beat The Game

Collecting All Collectibles Take About 100 Hours

In Ghost of Tsushima, you can collect various items in the game world to increase Jin's abilities and also to vary his appearance. But as these items are scattered all over Tsushima, you may need to spend some time exploring to collect all of them.

Players take on the role of Jin Sakai, a young Samurai who took part in defending Tsushima during the first Mongol invasion. Believed to have died in battle, Jin somehow survives and vows his revenge on the Mongol invaders.

Become The Ghost Of Tsushima

After the battle where Jin is "killed" he concludes that the way of the samurai will not be enough to defeat the enemy. He therefore transforms himself into the ghost. An entity that goes against the ways of the samurai, and does everything in its power to defeat the mongols.

Based On Mongol Invasion Of Japan

The game's main story is based off of the Mongol's invasion of Japan in the year 1274. However, keep in mind that the game does not stay parallel to history, and there will be some differences between the game's narrative and the original events.

Check Out The Historical Background Here!