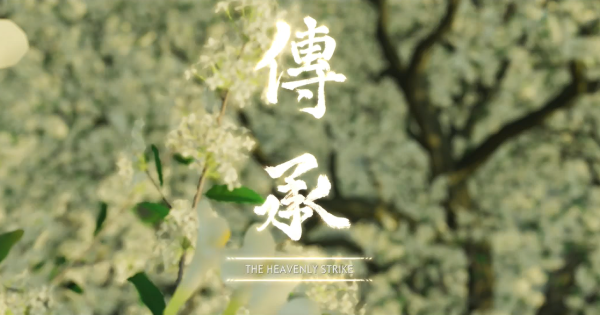 The Heavenly Strike - How To Unlock

Talk To Peasant In Golden Temple

When you head back to the Golden Temple, speak with one of the peasants there. They'll give you a Rumored Location that will unlock the Mythic Tales's musician, Yamato.

Travel south-west of the Golden Temple until you reach the River Falls Bridge and Brown River Gorge. Yamato is a bit to the south of these areas.

Once you have location, travel to Komatsu to find Yamato near a number of dead bocies. Speak with him to activate the quest.

You'll learn the powerful Technique, Heavenly Strike, when you defeat this quest's boss. The Heavenly Strike is a quick, powerful move that costs 1 Resolve. It does extra damage to staggered foes.

Find Peasant Under The Bridge

When you approach River Falls Bridge, you'll hear someone weeping. Instead of crossing the bridge, head downward to find the peasant under the bridge.

Opponents may come to you and try to attack you face-to-face. When they are guarding, use a heavy attack to stagger them, allowing you to make them vulnerable to your strikes.

This camp will have several archers so be aware of flying arrows. Make sure to have the "Deflect Arrows" Technique so you can easily guard against archers.

Use Water Stance To Defeat Shieldmen

Switching to Water Stance when fighting against enemies with shields will help deal with them easily. This stance lets you move their shield aside quickly to stagger them & deal powerful strikes.

Look For Ledges To Hang On To

When you reach Plum Blossom Shrine, you'll see a tall rock formation. Move around it to find ledges you can hang onto to reach Shigenori's Peak.

When Yasuhira Koga comes at you with blue glinting attacks, make sure to block. This will prevent you from taking too much damage to your HP bar.

Dodging and counterattacking when Yasuhira Koga attacks with red glinting moves will deal heavy damage to his HP. Watch out for these moves as they are great chances to attack.

Use Heavenly Strike To End Battle

When Yasuhira Koga's life is almost gone, you'll get the prompt to use Heavenly Strike. Follow the on-screen button prompts to end the battle.

Check Out All Boss Fight Guide!