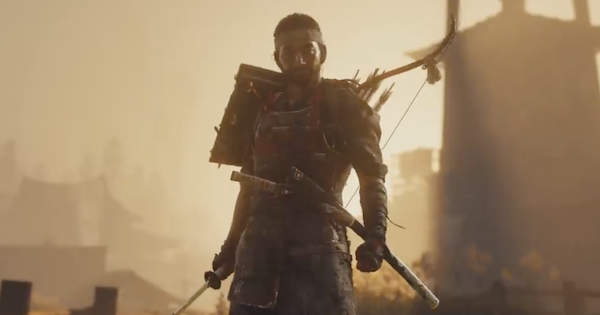 Check out this guide about the combat and stealth mechanics in Ghost of Tsushima! Get to know the difference between the confronting & stealth play styles, & more!

The player can choose to approach encounters either as a stealthy ghost or heroic samurai. These two approaches have distinct mechanics and are completely different from each other.

Dismemberment Available As A Subtle Effect

With the slice of your blade you can dismember your enemies in certain occasions. However, this is more of an eye candy effect for successfully dispatching your foes, and will likely not be able to be triggered at will. The dismemberment of your enemies will be more of an after effect of a takedown.

Customize Jin's Armor For The Occasion

Jin's armor will play a huge factor depending on how he plans to approach a fight. Heavier armor sets and pieces will surely give him some sustain during head-on encounters, while lighter armor keeps him mobile when sneaking around!

Your resolve is represented by the small yellow orbs displayed at the lower left of the screen. Jin can earn them by doing actions such as parrying and counterattacking an enemy's attack at the last moment. Jin can use Resolve to heal himself and to execute more powerful and lethal moves.

Check Out The Resolve Bar Here!

Several bows and tools that allow Jin to combat enemies at range are available at his disposal. Utilize them effectively to predict and direct the flow of combat.

Players can choose to fight enemies head-on as an honorable samurai. This means that you will be face-to-face with enemies, challenging them to one-on-one fights. The samurai approach relies heavily on timing and parries to gain the upper hand against enemies.

Face Down Enemies In A Standoff

You may also choose to challenge your enemies to an Standoff duel.Time your attacks as the enemy is about to strike to cut them down in a single blow!

As a Samurai, Jin should be equipped with armor that can help him survive fights. Depending on what you have equipped, the armor can shield you from enemy attacks and sustain you during lengthy duels.

Check Out The Customization Guide Here!

Parrying is an effective way of keeping you safe against enemy attacks while at the same time, opening them up for a deadly counter attack! Time your blocks at the last second to successfully parry an enemy, and deliver a devastating blow!

Learn How To Parry Successfully

Alternatively, you can dodge to evade attacks from enemies. This requires less precision and timing, but can help keep you safe from multiple enemies attacking you at the same time.

Jin will be able to switch up his stances to deal with a variety of enemy types. Each stance will allow you to deal the maximum amount of damage to a specific enemy. Take some time to learn these stances in order to get the best out of them.

Stances In The Game

Check Out All Stances Here!

Another way for Jin to tackle encounters is the way of the Ghost. It is the complete opposite of the way of the Samurai, and relies on stealth and trickery to gain the upper hand against the Mongol empire.

Use Tools To Keep Out Of Sight

Use various tools to reach seemingly inaccessible areas. An example of this is to use a grappling hook to get onto roofs and stay above the ground! This gives you the high ground to scope out the area, while remaining undetected.

Jin has several items and gadgets up his sleeve that can make him an effective combatant in the field. Make good use of these tools to achieve your goals and to survive your missions.

You can use items such as Firecrackers to distract enemies and leave them open. While they are distracted, you can get up close to them to perform an Assassination!

Keep in mind that you will be able to chain assassinations for situations where you need to clear out a small group of enemies. This skill helps you silently take down enemies with ease, while keeping stealth!

Use Gadgets In Confrontations

Jin will also have a variety of gadgets at his disposal in the event that you have been seen! You can use Kunais to quickly take out enemies, or even smoke bombs to blind them for a few seconds!

Use Fear To Your Advantage

The more Jin kills in the battlefield, the more he becomes a Ghost in the eyes of his foes. Capitalize on fear to cower your enemies to submission and force them to retreat or give up.