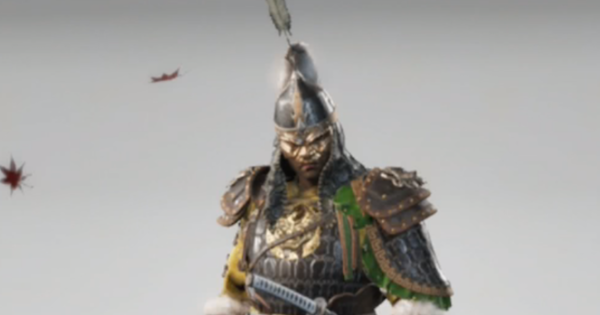 Check out this armor guide about the Mongol Commander's Armor in Ghost of Tsushima! Find out how to get this armour, its location, dyes, colors, effect, stats, guides and more!

The Mongol Commander's Armor does not have any available upgrades.

The Mongol Commander's Armor cannot be customized with dyes.

Mongol Commander's Armor - Location & How To Get

Finish "Fit For The Khan"

The Mongol Commander's Armor can be had by finishing the Tales of Tsushima quest, "Fit for the Khan". You will be tasked to look for 4 parts of the armor in 4 different heavily guarded enemy camps. Collecting all of them and returning to the quest giver rewards you with the armor.

All pieces are located within Kamiagata.

Quest Is Unlocked With Act 3

The "Fit for the Khan" side quest can only be unlocked once you have unlocked Act 3 and completed the story mission "Honor And Ash". The quest giver appears within the vicinity of Jogaku Temple, your main base in the Kamiagata region.

Check Out The Honor And Ash Walkthrough Here!

Mongol Commander's Armor - Tips & How To Use

Can Be Used For Stealth

Despite it looking like a heavy Mongol armor, the Mongol Commander's Armor serves as a great stealth equipment. It significantly reduces enemy detection time making it great for Ghost players. You can also freely ride and explore while filling your Collectibles as enemy parties won't be bothering you while wearing this armor.

Aside from giving you a significant advantage in terms of stealth, the armor also boasts decent health and damage reduction. These traits grant you a higher chance of survivability should you get caught while infiltrating enemy bases.