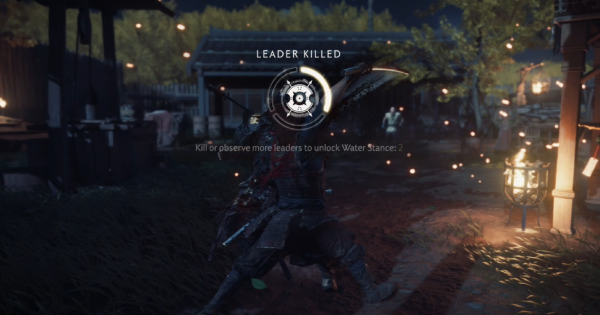 Ghost Of Tsushima
Leader Location & How To Observe

NOTE: Following locations were the base / occupied settlements with Mongol Leaders that we have currently been able to confirm in game.

How To Find Leaders

Mongol Leaders are often found in most Mongol Camps and captured settlements around Tsushima. There are chances that Mongol Leaders may not be present in smaller locations.

Can Also Be Encountered In Story Quests

You may also face off against several Leaders during your story quest events. You may, however need to venture out to other occupied settlements and bases should you wish to completely learn all 4 stances.

Mongol leaders can be distinguished from other soldiers by the armor they wear. Should you see a Mongol soldier with a reinforced golden armor, that's most likely your target.

After learning the use of your Ghost Stance later down the story, you will be able to identify the leader by assassinating them. Unlike other enemies, they will have a different 'Slaughter' prompt in place of Assassinate. This will also fully charge up your Ghost Stance meter instantly.

How Do You Observe Leaders?

By pressing R2 while hidden will allow you to observe the Mongol Leader. This will give you an extra Stance progression, allowing you to discover a new stance faster (Total of 2 stance progression, 1 from observing and 1 from killing). Note that you need to hold R2 for certain amount of time to successfully observe.

Take The High Ground To Observe

You will have a much better chance at successfully observing the leader should you be located in an elevated spot. The enemies are less likely to spot you when on top of them (aside from archers in guard towers), and there will be less obstruction when focusing your observation.